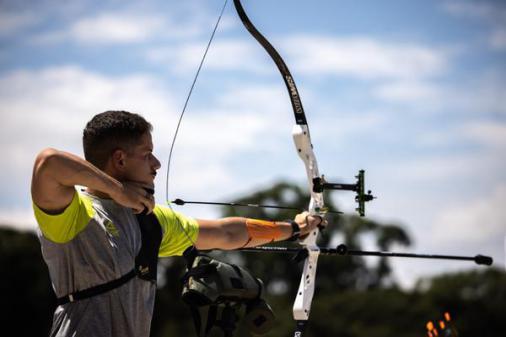 Brazilian Marcus D’Almeida shone on the first day of the Archery World Championships in Yankton, USA, last Tuesday. The athlete, who reached round 16 of the archery at the Tokyo Games, qualified for the knockout at the tournament in second place.

He was second only to two-time Olympic champion and world record holder Kim Woo-jin of South Korea. With D’Almeida’s achievement in the ranking stage it skips two stages and goes directly to the third round of the championship.

In mixed doubles, Marcus and Ane Marcelle dos Santos, an Olympic athlete who were in Tokyo and Rio-2016, finished seventh in the rankings. The placement took the pair out of the knockout stage and would make their debut against the winner of the Taipei-Poland duel.

The men’s team, formed by Marcus D’Almeida, Marcelo Costa and Bernardo Oliveira, was ninth and will face Guatemala. In the women’s team, Anne Marcel, Ana Machado and Sarah Nikitin finished 14th. They will face Canada in the first knockout stage of the World Cup.