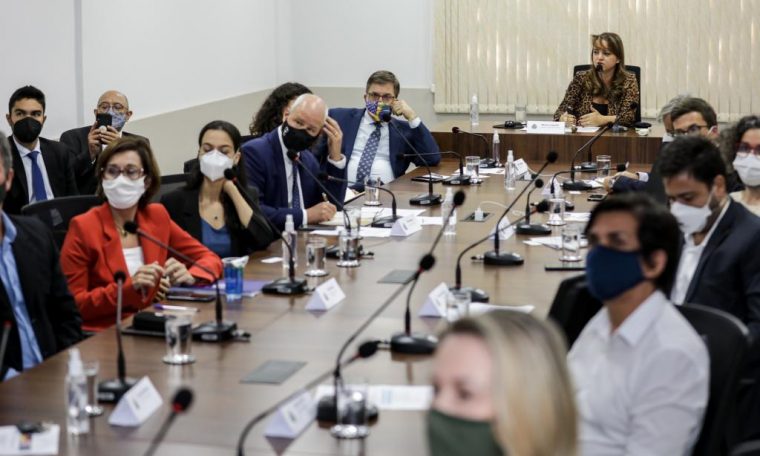 Britain’s ambassador to Brazil, Peter Wilson, during a visit by a delegation of ambassadors to the headquarters of the State Secretariat for the Environment, as used by Mato Grosso to prevent and combat illegal deforestation and forest fires as “influential” An outgoing satellite surveillance system was assessed. (SEMA-MT), this Monday afternoon (08.06).

“Today I had the opportunity to see with my own eyes a system that works very well, with accuracy, and I was also able to see that operators can use this information to ask landowners to stop illegal deforestation. How to do it. The verification system is very effective”, assesses the ambassador.

The platform allows practically real-time monitoring of the entire Mato Grosso region with deforestation alerts. In addition, to prevent deforestation initially, offenders are notified by email and telephone, and teams are sent directly to the site to halt the progression of environmental crime. The tool is funded by the REM MT program.

The fight against environmental crimes was also shown through the Action Plan to Combat Illegal Deforestation and Wildfire in 2021, with an investment of $73 million expected this year.

“Mato Grosso has a strong public environmental policy, we have been considered an example of how to reconcile the production and conservation of natural resources, a strong strategy to fight environmental crimes and, at the same time, to implement Brazilian norms “, says the manager.

Combating environmental crime in Mato Grosso has shown criminals that crime does not pay. “We began another phase of Operation Amazonia, and we installed another 100 servers in the area to conduct inspections, capture machinery to destroy criminals, and fine those who insisted on promoting illegal deforestation. Mato Grosso aims at zero illegal deforestation”, he says.

The coordinator of the REM MT program, Lígia Vendramin, presented to the authorities investments and projects that, in addition to supporting environmental protection initiatives, promote family farming of traditional and indigenous peoples and communities.

The role and initiatives of the bio-economy in Mato Grosso was presented by Rita Chiletto, consultant for international relations, highlighting the appreciation of forest products such as fruits, essential oils, conservation with a positive economic and social impact. contribute to. Community

Fernando Sampio, Executive Director of Producer Conserve and Include Strategy (PCI), showcases resource capture and a network of institutional partners who invest and collaborate, and contribute, to enhance and enhance the efficiency of sustainable agricultural and forestry production Conservation of native flora and low carbon economy.

About the REM MT Program

The REM MT program (REDD for Pioneers) is an award to the state of Mato Grosso for the results of reducing deforestation over the past 10 years. The international cooperation of the governments of the United Kingdom and Germany donates resources through BEIS and the German Development Bank (KfW) to the program, which applies forest conservation actions to reduce CO2 emissions on the planet. To this end, it directly benefits initiatives that contribute to reducing deforestation, encourage low-carbon agriculture and support indigenous peoples and traditional communities.

It is coordinated by the government of the State of Mato Grosso through the State Secretariat for the Environment (SEMA), and is managed financially by the Brazilian Biodiversity Fund (FUNBIO).

Join WhatsApp groups and get the most relevant information of the day in our region. Click here!