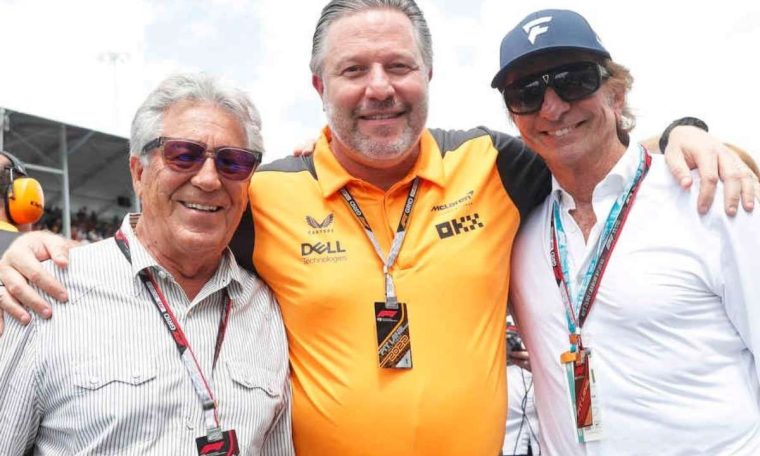 McLaren boss Zack Brown announced last Tuesday (10) that he had closed a deal to fulfill the longstanding desire of American Mario Andretti. The 1978 Formula 1 season champion will drive a British team car during the United States GP in Austin, scheduled to take place on 23 October.

“I closed a deal with Mario Andretti to take something off the list of things he wants to do. He will drive the last McLaren Formula 1 car at the US GP in Austin this year,” Brown announced on social media.

Driving a McLaren car will be a new experience for Andretti. The owner of 12 Formula 1 victories, the American competed in a total of 182 races for Ferrari, Lotus and Parnelli. Now at the age of 82, he will fulfill his desire to guide for the British team. Mario has a 1969 Indianapolis 500 victory under his belt and four IndyCar titles in 1965, 1966, 1969 and 1984.

Zak did not reveal which car Andretti would drive, only that it would be a model before the current one. Formula 1 returns for the Spanish GP in Barcelona on 22 May.