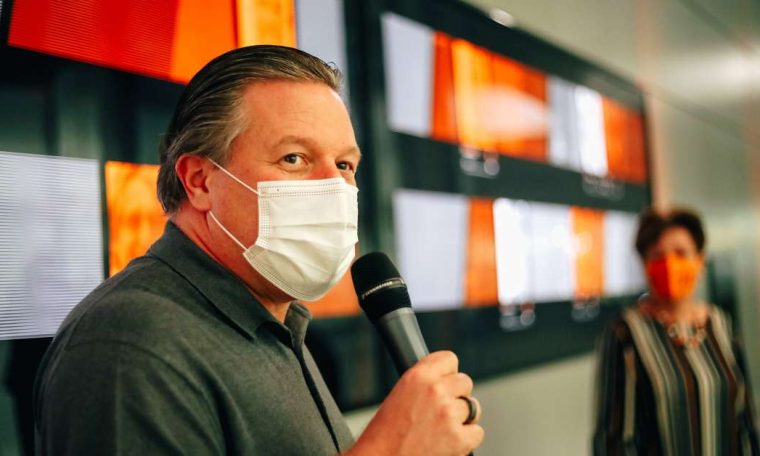 How was the second day of the 2022 Formula 1 pre-season in Barcelona. talks

Andretti made his desire to enter Formula 1 official last week, months after he reached a deal to buy and take on the Alfa Romeo team. The announced attempt to enter a new team generated many reactions in the paddock, with Red Bull and Mercedes taking a step back and Alpine defending the Americans. McLaren joined the French and was blunt in saying that the contestants must love the idea of ​​an American group.

McLaren chief executive Zac Brown came to the rescue of Andretti, his rival in IndyCar. For them, the entry of a name team would only help the category grow in the United States. To go against it means something negative.

“I think of Andretti as a name, as a highly respected racing team. Knowing who the supporters are and who Michael is will definitely help us grow in North America,” Brown said.

“I think the teams that probably don’t support it have a limited vision. Are we trying to develop the game? Or are we getting into a bad trend that happens in racing teams, which thinking about today, not about the future?” questioned.

Discussions regarding the entry of the 11th team involved a significant financial aspect, as the funds distributed by the category would be diluted with an additional team. That’s why there’s a mechanism whereby new teams would be charged US$200 million – the equivalent of about $1 billion at the day’s cost – to cover the commercial hole.

In this regard, Brown once again criticized the lack of vision of the teams in the category. For them, the potential for growth that Andretti brings to America will offset the greater division of revenue. Formula 1 is already booming in the country, and this year it will be in addition to the race at the GP Austin in Miami.

“If it’s $100 million – about R$500 million – can they help us generate $100 million in sports revenue from TV and interest in sports? I believe that. The search for cost reduction continues. In three or four years, when there is no further payment of dilution fees, we just reduce our budget by $10 million a year,” Brown explained.

“Also, you can only have 12 teams on the grid. So when you have all 12, you’re in a position where the only way to get into the game is to buy,” the manager recalled. “So I think it will increase the value of the teams. Again, I think it’s a limited sight to not have other credible teams within the game because of the dilution”, he concluded.

A day earlier, Mercedes boss Toto Wolff also held himself up as a handicap for Andretti. “We are the pinnacle, this is the Champions League, the NFL, and redecorating the franchise is not the goal, it is not how it should be done, and it is not the intention of Formula 1 or the FIA,” he said.

hey big prize Eric covers the first week of Formula 1 testing at the Circuit de Barcelona-Catalunya with Calduch. In addition, GP follows everything live and in real time.

Formula 1 2022: What did the first day of the Test reveal? what else to see