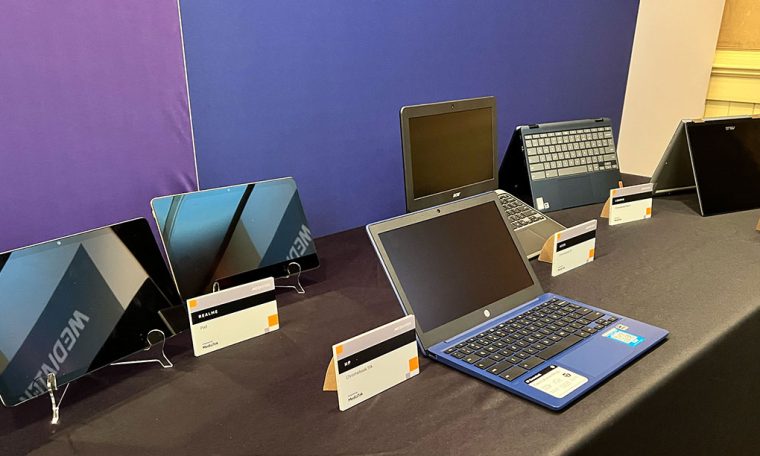 Micron and MediaTek announce successful testing of LPDDR5x RAM with 7.5Gbps data transfer rate per pin. In addition, 8.533 Gbps of memory is on the way.

The LPDDR5X was tested in conjunction with a MediaTek Dimensity 9000 single-chip system. This 4nm chip was unveiled the other day and is one of the fastest in its class.

The Dimension 9000 has a “1+3+4” CPU core configuration consisting of one Cortex-X2, three mid-range Cortex-A710 cores and four low-power Cortex-A510 cores. In fact, it is the first SoC with ARMv9 architecture and Cortex-X2 core clocked at 3.05 GHz. The Mali-G710 core is responsible for graphics processing.

It is also reported that MediaTek intends to seriously engage in the supply of processors for laptops. We are talking about Companio 1200 chips. It is manufactured using 6-nm process technology and uses Cortex-A78 core. The Companio 1200 targets the Chromebook and budget Windows on Arm segments. The first devices are expected to be announced at CES 2022.