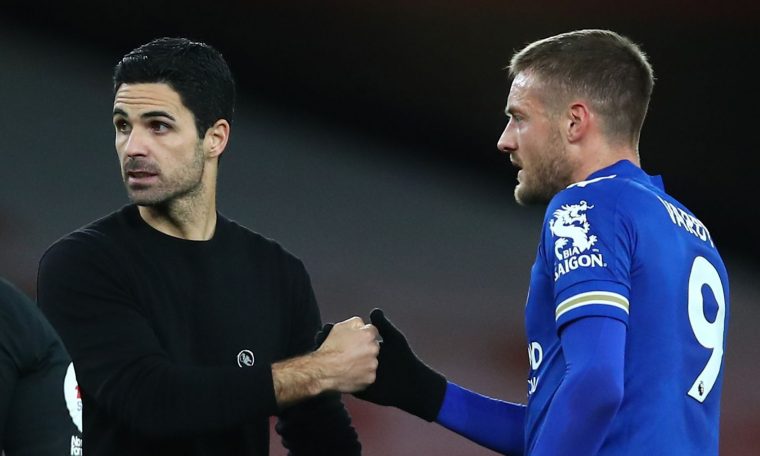 The Gunners suffered their first home defeat in 47 years when Jamie Verdi stepped off the bench and recorded a late 1-0 victory at the Emirates Stadium.

Arsenal had to comply with the fourth-minute decision when Granit Zhaka was denied a Lacazette glazing header after a decision to interfere with goalkeeper Caspar Schmeichel.

Speaking after the game, Arteta explained Sky Sports: “I am really disappointed. We had it in our hands in the first half and I don’t know how the goal was canceled.

“I was really happy from the first half to be fair and the way we pressed and the attacker we showed against a team is very capable of breaking that pressure and creating chances against you.

“We were at the top of the game, we didn’t limit them to anything. We scored a goal from the set piece, I don’t know how it was turned down.

“In the second half, it was about being patient and waiting for the right moment against a team that really wanted to defend deeply.

“There was no shot at his target and he was waiting for a mistake to go on the break, and the moment our ball had no pressure, at least the mistake was to try to get inside. They grabbed us with space. On our backs and we lost the game. “

Asked if he would get an explanation from referee Craig Powson as to why Lakeset’s goal was not met, Arteta added: “No, I asked him. [the officials] And they said nothing.

“At the end of the day, if for some reason you can’t win it, you won’t lose it. We still had a few goal moments, but we gave a lot of free kicks, we didn’t keep the ball. Enough in the box. And we have to improve for the future. “

To make matters worse, Arsenal lost both David Luiz and Bukayo Saka in the second half.

“We lost some players in the last week or so,” said Arteta. “David had a muscle problem and he couldn’t move so we’ll have to assess him in the next 48 hours.”

Brendon Rogers praised Jamie Verdi’s influence when he withdrew from the bench’s claim of victory against the Gunners, continuing his good form.

It was Warsi’s 11th Premier League goal against Arsenal – only Wayne Rooney could boast more – and Leicester won a match where they had to put up considerable pressure from the hosts.

“Everyone talks about the goals he has set against Arsenal and the big teams but for that he is a big player,” Rogers said.

“He makes a huge contribution to the biggest games and it shows you the level he is at. He is a world class striker and I am very lucky to have him here.”

On the win, which confirmed Leicester’s best start to the league campaign since 2001, Rogers added: “I thought we deserved it. [to win].

“We’re playing against a real side that has a good move, a little different set-up tonight, but I know the quality and the players who can go behind. To come and keep a clean sheet and that quality. Play with and the peace was good too.

“The boys were great. Our idea is that you are playing against top quality players and you have to refuse their place.

“A lot of my teams always deny it at the top of the pitch, but you play against that quality and that speed, you’re a little bit different. I thought the concentration, the players’ ideas were put into practice. “Really okay.”