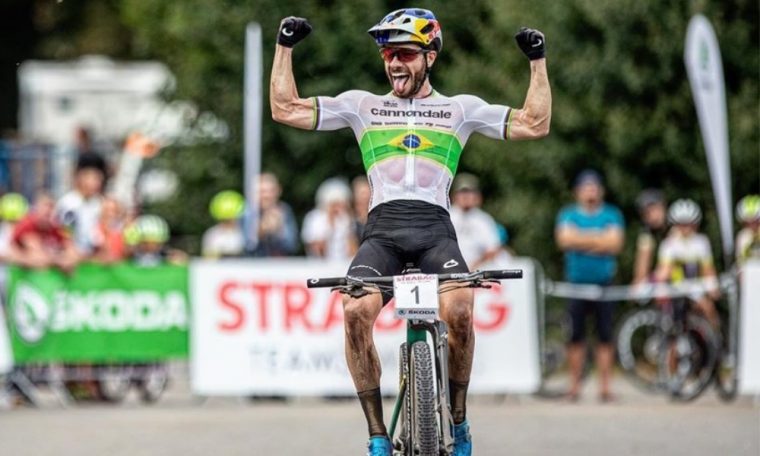 The Izu MTB Course will crown the Women and Men Mountain Bike Champion of the Tokyo 2020 Olympic Games. The cross country course is 4,000 meters long and has elevations of up to 150 meters. A tight and very technical track.

The route is accompanied by steep climbs, dizzying, jumping and a “stone forest” that will greatly test the skills of cyclists. Not to mention the heat that would punish athletes at the Tokyo Olympics.

Brazil was left without a representative in any of the six editions to be held at the Olympic Games.

Marcio Raveli and Ivanir Lopes were pioneers and participated in the Atlanta-1996 debut. Four years later, Renato Seabra was the sole representative. Like the only Brazilian Adivandro Cruz in Athens-2004.

In return, Rubinho Valeriano competed in three consecutive Olympics (2008, 2012 and 2016). In Beijing, he finished 21st, the best Brazilian player in the Olympic cross country event. Also in Rio-2016, Heinrich Avansini made his Olympic Games debut and finished 23rd.

Among women, Brazil’s debut on mountain biking at the Olympic Games was held in Athens-2004, with Jacqueline Mourao, who finished 18th, the best brand in Brazil to date. She also participated in Beijing-2008. Brazil was represented by Raiza Goulão (20th) in Rio-2016.

Europe dominates the Olympic cross country event. No country in other continents has ever won a medal. In six editions, all 12 medals went to Europeans. In the women’s category, the only two-time champion is Italian Paola Pezzo, who was the champion in 1996 and 2000. In 2004, Paola Pezzo competed, but did not finish the race. She is also the only woman to win the Olympic Games, World Cup and World Cup.

In the men’s category, Frenchman Julian Absalon is the only two-time champion. He won titles in 2004 and 2008. In London 2012, Julian Absalon did not complete the race. Four years later, he was in eighth place. France occupied the world with four consecutive world titles from 2004 to 2007.

To add more medals, we have the German Sabine Spitz and the Swiss Niño Schurter, both with three medals, one of each color. Sabine is no longer competing, but Schurter wants another achievement, now in Tokyo.

Like the BMX, mountain biking originated with the eagerness and eagerness for the adventures of Americans of the 1970s. It was in the state of California that cyclists decided to face the trails and bumpy terrains with their bikes in search of a different experience from the asphalt of the roads. .

A group from San Francisco helped a lot in promoting the sport when they held one of the first mountain bike championships. The race, disputed between 1976 and 1979, took place near the famous Golden Gate Bridge and attracted great interest for the new strand of cycling.

In 1983, the Americans held the first national sports championship. The first World Championship of mountain biking took place in 1990, with developments in the United States and other European countries and Australia already under the approval of the International Cycling Union (UCI). Since then, the game did not take long to reach the Olympic Games. Beginning at the birthplace of the game – United States – Atlanta – 1996.

Mountain bikes have wider tires than road bikes, as well as front and rear shock absorbers, reducing the impact of athletes in bumpy areas of the course. The material used is also more resistant to impact. However, this does not make the bike so heavy, dropping around 8 kg to 9 kg.