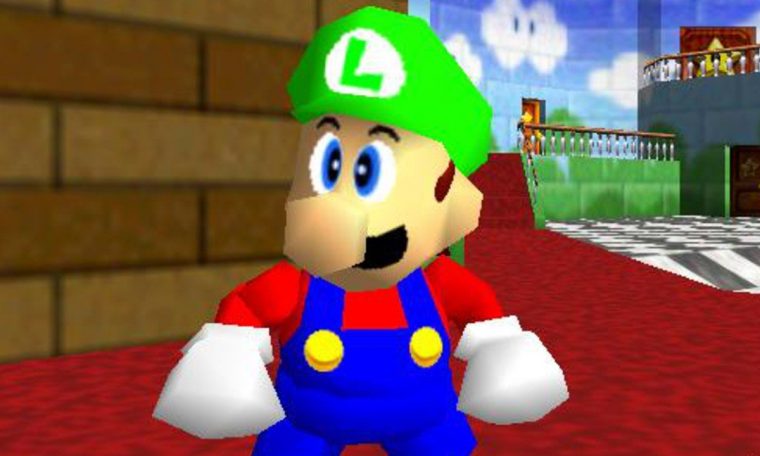 A day after prototypes and source code for SNES games were spilled online, leakers have reportedly moved onto N64 titles.

Perhaps the highlight is a supposed early build of Super Mario 64 – titled, “Ultra 64 Mario Brothers“. It has files referencing Luigi and there’s been no time wasted getting them up and running in-game. In an interview dating back to 1996, Shigeru Miyamoto confirmed Luigi was originally planned for Super Mario 64 as a second playable character (thanks, VGC).

While this doesn’t excite me as much as others, many are excited that “L IS Real” and Luigi is in Mario 64’s beta filed, but put into segments, and they’ve been slowly reconstructing him. pic.twitter.com/LrXUiRiFv9— AestheticGamer aka Dusk Golem (@AestheticGamer1) July 26, 2020

If that wasn’t already exciting enough, the data leak also allegedly contains source code and files for The Legend of Zelda: Ocarina of Time. Some references to the expansion “Ura Zelda” have also supposedly been uncovered. It never saw the light of day, because of the failure of the 64DD peripheral (via Zelda fandom). Here are some of the shots that have surfaced so far:

this has Spot04 and Spot04_OLD, Spot04 is Kokiri Forest

Also among the OoT stuff, two scenes prefixed “Z2” which Majora’s Mask often has as a prefix on its internal names; these are Z2_ReDead room 0 and Z2_DD_IKE room 0, the former has 14 rooms, the latter 6

dunno why the first is just doorframes and a rectangle tho, viewer glitch? pic.twitter.com/16Se0ZlUki

A full resolution image from one of the sides of the Ocarina of Time box. pic.twitter.com/A8cTp4vbU6— Meido is LUIGI 2020 (@MeidoMatsuri) July 26, 2020

There’s an original uncompressed sound file for the famous Star Fox 64 line, too:

In addition to this, the leak is believed to contain source code data for other Nintendo 64 games like Mario Kart 64, Wave Race 64, Yoshi’s Story, The Legend of Zelda: Majora’s Mask, Dr. Mario 64, and even the original Animal Crossing (Animal Forest).

It’s all apparently linked to the leak we first reported on in May this year, which contained source code for the Wii, GameCube, a Pokémon game, the iQue, and much more. To see all the SNES-related leaks, see our previous post.

If we see or hear anything else exciting about this leak, we’ll be sure to let you know.