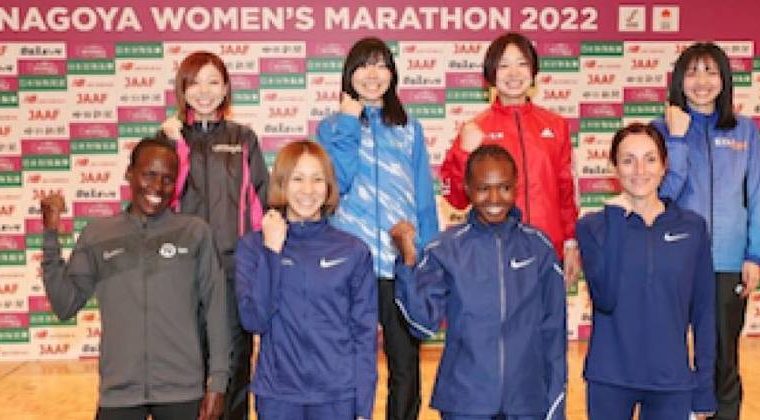 The Nagoya Women’s Marathon will begin this Sunday (13) _ in Japan at 9:10 a.m. and Saturday (12) at 21:10 a.m. Brasilia time_ and marathon fans in Brazil will be able to follow the race live on the event’s official website.

In the 11th edition of the Women’s Nagoya Marathon, a record prize of US$250,000 (about $1.3 million) will be awarded to the winner. All competitors who complete the race, including the virtual competition, will be presented with traditional Tiffany & Co. pendants, trademarks of Marathon.

“I chose the Nagoya Women’s Marathon because Japan is a good place. The atmosphere is good and as women we have to encourage each other and do better. I want to run a good race,” said Kenyan Ruth Chepangetich , who won the Chicago Marathon last year.

“I’m happy to be here. It’s my first time and I look forward to doing my best on Sunday. And I wish all the ladies all the best. The training was good. I was in Kenya for eight weeks so I’m on Sunday.” I am ready for my training,” said Kenyan-Israeli Lona Chemtai Salpeter.

In addition to the top elite athletes, the 2022 Nagoya Women’s Marathon will only host runners residing in Japan. Due to the Japanese government’s border restrictions to include the Omicron version, amateur athletes living outside the country will not be able to participate in the race in person, but there will be a virtual race, the Nagoya Women’s Online Marathon 2022.

The Nagoya Women’s Marathon is the largest women’s marathon in the world certified by Guinness World Records, held annually in March in the city of Nagoya, Japan. It was launched on March 11, 2012, with 13,114 participants, improving from the Nagoya International Women’s Marathon, the elite women’s race known as the qualifying race, which sent many Japanese athletes to international competitions. , which featured two Olympic gold medalists Naoko Takahashi and Mizuki. Noguchi. It is rated the World Athletics Platinum Label and has now grown to an event of 22,000 participants. After receiving the Women’s and Sports Award from the Japan Olympic Committee in 2017, the race was awarded the International Olympic Committee for Women’s and Sports Achievements in 2019 for playing a significant role in increasing the population of female runners in Japan.