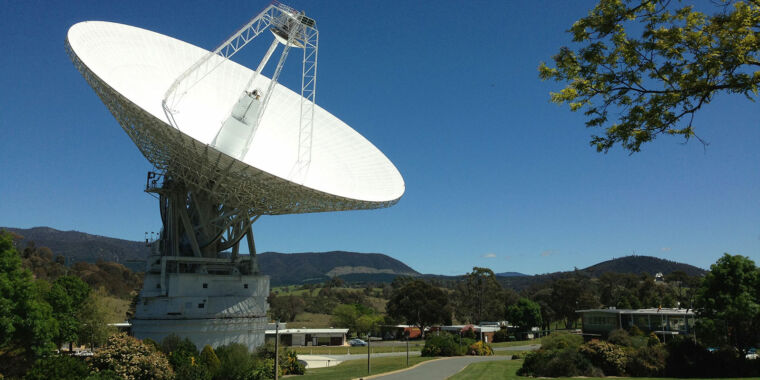 The Voyager 2 spacecraft has been out of Earth for more than 43 years, and now has 125 astronomical units from our planet. This is 125 times the distance between the earth and the sun.

Understandably, this distance makes it difficult for NASA to communicate with its long-distance spacecraft – more than 17 hours at a time. However, with Voyager 2, there is another complication in communicating with the spacecraft.

After being flown by Jupiter, Saturn and Uranus, Voyager 2 made its last home flight in Neptune in August 1989. Scientists were also interested in flying through Neptune’s intricate moon Triton, so they ordered Voyager 2 to do so while flying their way across Neptune to the North Pole of Triton. This trajectory leads it south to the solar system’s ship and it has been booking to the south.

The result is a connection to NASA’s Deep Space Network on Earth, which has three major radio antenna facilities worldwide in California, Spain and Australia. In general, this geographic expansion allows all of NASA’s spacecraft to be still active, capable of communicating with at least one of these facilities at all times.

But because the Voyager 2 solar system has sunk so far south of the ship, it can now only make visual contact with a 70 meter wide antenna in Canberra, Australia. Because the facility is almost five decades old, it was needed Work to upgrade and upgrade Started March, and has been offline since then. The work is expected to be completed in February, so NASA has since been unable to send a signal to Voyager 2.

Last week, to test newly installed hardware on a large bowl, Voyager mission managers were able to send a series of signals to the spacecraft for the first time since March. Voyager 2 responded that it had actually received the signal and carried out NASA’s orders. Says the space agency.

This is generally good for NASA and science, as Voyager 2 (along with Voyager 1) is now moving across the solar system, into intercellular space. Beyond the Great Black, Visor 2 will continue to return data about speed, density, temperature, and pressure of charged particles in intercellular media.