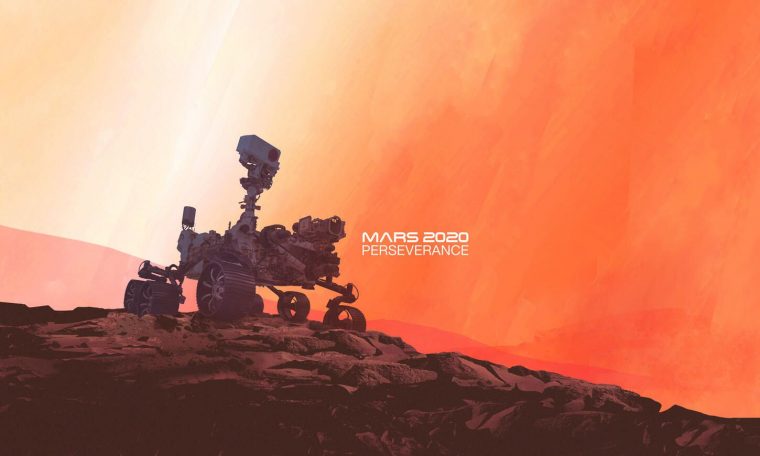 This story is part of Welcome to Mars, our series exploring the red planet.

NASA’s Perseverance rover hopes to answer our biggest burning question about Mars history: Did the red planet once host life?

The dry, dusty Mars we know today was very different in the deep past. Humanity’s latest rover is making a beeline for an area of Mars that was once home to a lake, a perfect place to look for signs of ancient microbes.

Since Sojourner in 1997, NASA has sent a succession of increasingly sophisticated wheeled explorers to Mars. Perseverance is the latest and greatest and in July 2020, it launches on an epic journey across space.

From the cosmos to your inbox. Get the latest space stories from CNET every week.

Perseverance will do much more than snap amazing images of Mars. These are some of the key mission objectives:

The mission is planned to last for at least one Mars year, which works out to about 687 days on Earth (it takes longer for Mars to go around the sun). However, NASA has a good track record with extending its robotic Mars missions. We can look to the long-lived Opportunity and Curiosity rovers as role models for this.

After a series of delays, Perseverance is now targeted to launch no earlier than July 30. NASA has nudged the event back several times from the original July 17 date. The delays are not yet an issue since the open period for launch stretches until Aug. 15. NASA will livestream the rover’s sendoff.

The window is important. “Owing to the relative positions of Earth and Mars to each other, launch opportunities come up only every 26 months,” said NASA in a June 2020 release. Missing this window would mean NASA would have to wait until September 2022 for its next shot. The space agency will do everything possible to make sure Perseverance takes off on time.

NASA Perseverance rover ready to explore the wilds of Mars

As long as the rover launches sometime within the designated time period, it will have the same arrival date: Feb. 18, 2021. The landing process will include some of the most harrowing minutes of the entire mission.

Perseverance will get to try out a new method that NASA hopes will deliver it as close to its targeted landing site as possible. NASA calls this the “Range Trigger” technique and it’s all about deploying the parachutes at exactly the right time.

Earth observers can look forward to an unprecedented view of the entry, descent and landing process. The mission is equipped with cameras and a microphone to capture all of the excitement and stress as NASA attempts to land Perseverance gently onto the surface of Mars.

Jezero Crater is located just north of Mars’ equator and was once home to a river delta. That history of water makes it a prime spot to look for signs of past microbial life. Sounds like the perfect landing site for a science laboratory on wheels.

“The landing site in Jezero Crater offers geologically rich terrain, with landforms reaching as far back as 3.6 billion-years-old, that could potentially answer important questions in planetary evolution and astrobiology,” said NASA’s Thomas Zurbuchen when the site was announced in 2018.

The car-sized Perseverance rover looks fairly similar to its predecessor, Curiosity, but also represents quite a few technology advances since Curiosity was designed. Here are the numbers:

Perseverance is loaded with seven instruments chosen to help it achieve its mission objectives. You can get the full rundown from NASA, but here are some highlights:

Mastcam-Z: The camera system mounted on the rover’s mast is equivalent to eyes on a head. According to NASA, its main job is “to take high-definition video, panoramic color and 3D images of the Martian surface and features in the atmosphere with a zoom lens to magnify distant targets.” The mastcam will be our main viewing window onto the Jezero Crater.

MOXIE: The Mars Oxygen In-Situ Resource Utilization Experiment is one of the ways Perseverance is helping to prepare humans to go to Mars. This instrument is designed to make oxygen from the carbon-dioxide atmosphere. This capability will be necessary to help future human explorers breathe, but it would also help us make propellant for rockets right on site. That’s a necessary step for bringing our Mars astronauts back to Earth after their missions.

SuperCam: When you put a camera, laser and spectrometers together, you get SuperCam, an instrument that will help look for organic compounds, a key part of the quest for signs of past microbial life. “It can identify the chemical and mineral makeup of targets as small as a pencil point from a distance of more than 20 feet (7 meters),” said NASA.

Sherloc: The “Scanning Habitable Environments with Raman & Luminescence for Organics & Chemicals” or Sherloc, as the instrument is affectionately known, will search for signs of life on the red planet. The instrument and its companion camera (nicknamed Watson) are capable of taking microscopic images of Mars and analyzing them. Equipped with a laser it can fire at the surface, Sherloc is able to measure chemicals present in the soil and rock using a technique known as spectroscopy.

“Let’s send a helicopter to Mars” might sound a little far-fetched, but NASA is doing it anyway. Ingenuity, a small helicopter designed to work in the challenging conditions on the red planet, is all tucked into the rover’s belly where it will ride out the journey.

Ingenuity is a high-risk, high-reward technology demonstration. It will hang out under the rover for a few months until NASA finds a suitable spot to deploy it. Perseverance will drop it onto the Martian surface and then move away.

The helicopter will make the first attempt at powered flight on another planet. NASA hopes Ingenuity soars and becomes a model for a new way to investigate other worlds.

Check out this video for more on how this little chopper could change the way we approach space exploration.

How NASA’s Mars helicopter could change the future of…

NASA currently has two machines operating on the surface of Mars, the stationary InSight lander and the Mars rover Curiosity. InSight is located in a region called Elysium Planitia, a large plains area. Curiosity is cruising around Gale Crater, a giant ditch with a massive mountain inside it. Perseverance will be scoping out a very different part of the planet as it continues NASA’s legacy of Mars exploration.

The last time we had two functioning rovers on Mars was in 2018 when the Opportunity rover lost contact with home due to the impact of a global dust storm. Perseverance won’t have the same issues as Opportunity. Like Curiosity, it uses a nuclear power source that doesn’t require sunlight to keep it going.

Perseverance will be a long way from Earth, but it will carry poignant remembrances of its home planet. Over 10.9 million people signed up to have their names travel with the rover through NASA’s Send Your Name to Mars public outreach program. The names are etched on small silicon chips that NASA installed on the rover on an aluminum plate underneath a protective shield.

The plate also bears an illustration of the Earth, our sun and Mars. Hidden in the sun’s rays is the message “explore as one,” written in Morse code.

A separate aluminum plate pays tribute to health care workers and their efforts to aid humanity during the coronavirus pandemic. This plate carries an illustration of a serpent wrapped around a rod with the Earth at the top.

These names and messages are a reminder that NASA’s robotic explorers never truly travel alone. Perseverance is the culmination of years of effort from NASA, but it’s also an emissary for humanity, an extension of our curiosity and sense of wonder and a little bit of Earth on Mars.