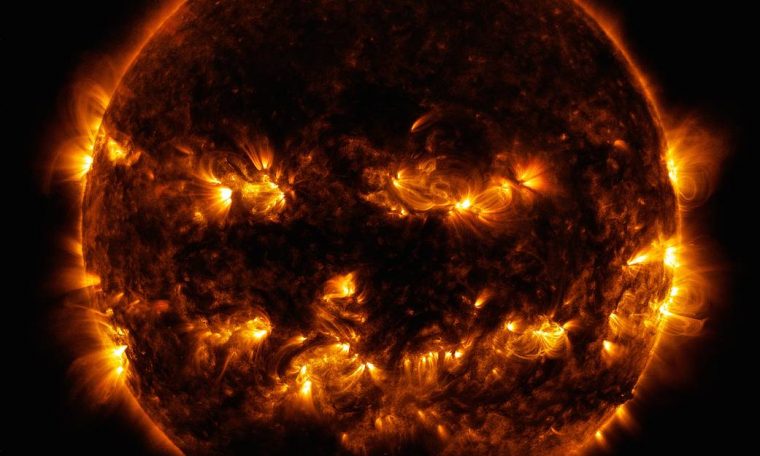 Just in time for Halloween, NASA Has released a playlist of scary sounds from space.

“You’ve probably heard some of the cracks, cracks and screams in our universe before,” explains NASA in A Statement. “Using our spacecraft data, we’ve compiled a new collection of terrifying sounds from the depths of space over time for Halloween.”

The scary sounds include a possible “Marsque” recorded by NASA on the Red Planet Tue. Plasma waves from the Insight Lander, the sounds of the ancient universe, the center of the Milky Way and Jupiter’s ionosphere were captured by the Juno spacecraft.

In the amazing picture, the sun bears a striking resemblance to a jack-o-lantern. In an email to Fox News, NASA compared the solar image to a “giant floating space pumpkin.”

“On October 8, 2014, the active regions of the sun were connected to see something like the face of Jack-O-Lantern,” NASA said in a post Website On Thursday. “The active areas look brighter because they are the areas that emit the most light and energy – symbols of an intense and complex set of magnetic fields orbiting the sun’s atmosphere, the corona.”

“This figure combines two wavelength clusters of 171 and 193 grapes, especially gold and yellow, to create a Halloween-like look,” the space agency said.

The Angstrom measurements Used for light wavelength. “This image is a combination of 171 and 193 Angstrom lights captured by the Solar Dynamics Observatory,” NASA said in a post.