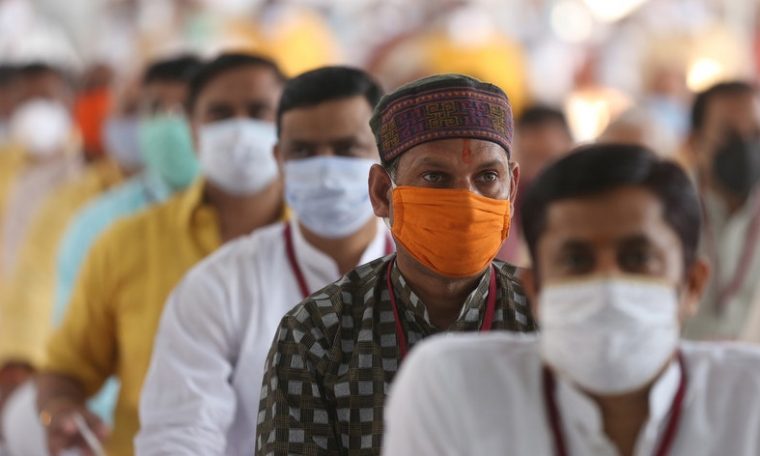 The city of Nagpur in the western state of Maharashtra, which in recent weeks accounted for more than half of the Kovid-19 cases in the country, started Monday for seven days, until 21 March. In the last 24 hours, Maharashtra has diagnosed more than 25,000 cases.

According to an independent census by John Hopkins University (USA), India is the fourth country in the world with 159,370 deaths since the onset of the epidemic with the highest number of deaths after the United States, Brazil and Mexico.

There are currently 271,282 active cases of the disease in the country.

According to data updated daily by the Indian Ministry of Health, India started a vaccination campaign on 16 January, in which more than 39 million people (39,339,817) had been vaccinated so far.

The Indian government aims to have about 300 million people vaccinated by July, in a country with 1.3 billion inhabitants, but according to local media the plan has been delayed.

According to a report made by the French agency AFP, the Kovid-19 epidemic caused at least 2,682,032 deaths worldwide, more than 121.2 million cases of infection.