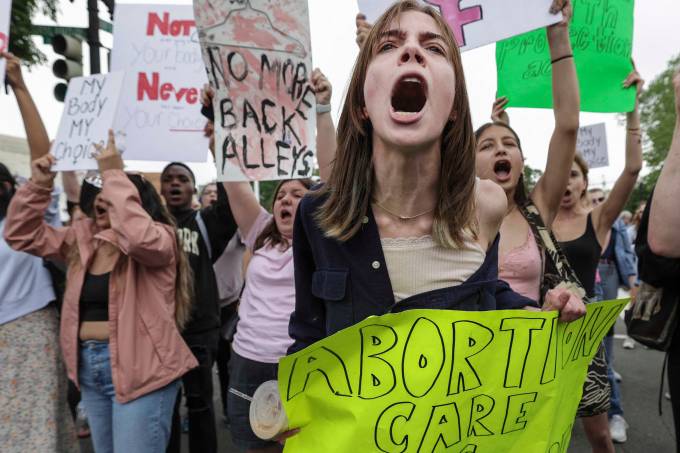 The United States Supreme Court on Friday, 24, overturned the Roe v Wade law that nationally guaranteed the country’s legal right to abortion, with major Hollywood companies taking a stand on the matter, saying they would Will cover travel costs of those who want to have an out-of-state abortion if necessary. Netflix, Disney, Comcast, Paramount, Sony and Warner Bros. And Discovery returned to discuss its health policies with its members after the decision — a blow to women’s rights that is expected to soon ban abortions in nearly 26 of the 50 US states.

Since the leak of the first draft on criminalization of abortion by US Supreme Court Justice Samuel Alito last month, companies have been preparing to reverse the case of Roe v Wade. In Netflix’s case, the streaming giant told employees it would provide a $10,000 lifetime subsidy to reimburse travel for transplants, cancer treatments, gender-affirming care and, now, abortions. Disney said it would cover travel for its members who do not have access to healthcare in their area, including pregnancy decisions.

according to american newspaper Hollywood ReporterIn this article, Warner Bros. Discovery expanded its health benefits after the abortion law ended and notified contributors via email. “Following the recent Supreme Court decision to overturn Roe v Wade and eliminating the possibility of abortion in some states, we are expanding health benefit options to include expenses for members and their dependent family members. , who need to travel to access a range of health benefits. medical procedures including abortion care, family planning and reproductive health,” reads the statement written by the company’s director of personnel and culture, Adria Alpert Romm.

At Paramount, CEO Bob Bakish lamented the setback and reinforced the company’s irreversible health policies, which included covering travel expenses when medical procedures, such as abortion, were banned in some areas.

According to opinion polls, most Americans were in favor of preserving the Rowe v Wade Act of 1973. Professionally, the result was the same: A survey conducted by morning consultation found that, by a margin of two to one, working adults would prefer to live in a state where abortion is legal.