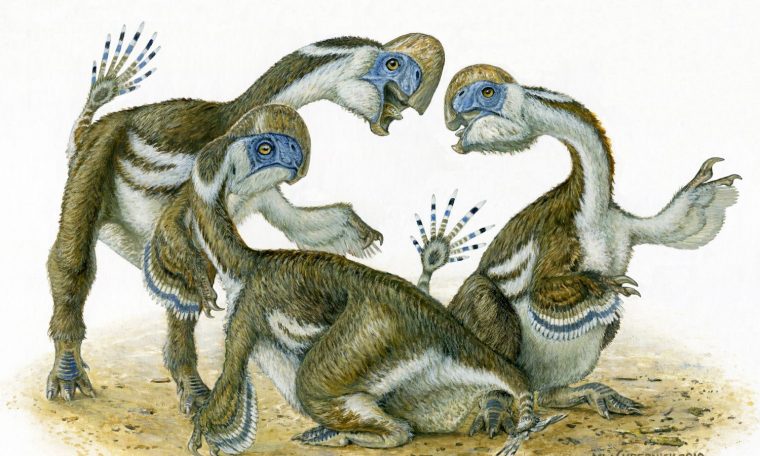 A team of paleontologists led by experts from the University of Edinburgh has discovered a new species of toothless, two-fingered dinosaur.

Several complete skeletons of bird species – called Okosco Avarson – have been found in the Gobi Desert of Mongolia, providing serious clues about evolution.

Dinosaurs, which are ubiquitous and about two meters long, flourished more than 68 million years ago.

They had two functional points at the end of each arm and a large toothless beak resembling a modern parrot.

According to the team, the three-fingered dinosaurs, known as organic ovipositors, provide the first evidence of numerical loss in the family.

The team claims that they can develop adaptive adaptations. This suggests that the group may change their eating habits and lifestyles, enabling them to diversify and multiply, the team claimed.

Dr. Gregory Fenston of the University of Edinburgh said: “The Oscoco Horson is interesting because the skeleton is so perfect and the way they are comfortably secured together shows that the juveniles move around in groups.

“But more importantly, its two-fingered hand led us to see how the evolution of evaporators changed hands and progress, which had not been studied before.

“It reveals some of the unexpected trends that are at the heart of the puzzle as to why dinosaurs were killed before they became so diverse.”

According to researchers, the ovaries gradually lose their third finger during evolutionary history as they first shrink in size and then disappear altogether.

Changes in the arms and hands of the creatures occurred as they moved to new geographical areas, especially what is now North America and the Gobi Desert.

Like the older species, the Okoso Avarson seemed more social as minors – with the surviving offspring of four dinosaurs living together.

The study, published in the journal Royal Society Open Science, was funded by the Royal Society and the Natural Sciences and Engineering Council of Canada.