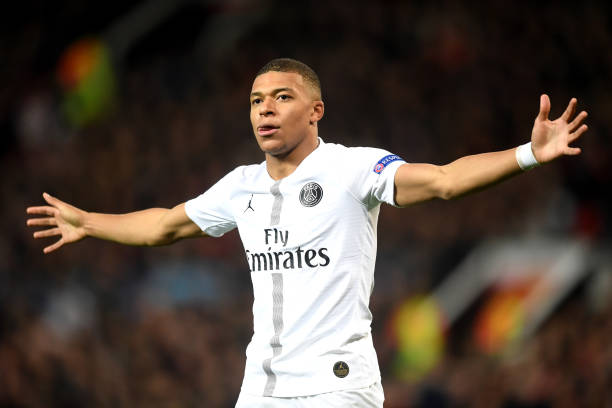 There are two major international football tournaments happening in the world at the moment. Between Euro 2020 and the Copa America tournament, football journalists have a lot to talk about. That means transfers are getting less coverage than they usually do during the summer. We’re even seeing fewer transfers than usual because most of the world’s best players are involved in those tournaments. In the background, however, transfers rumours continue to gather pace among “in the know” experts. The rumour that’s getting more people animated than any other is the idea that French striker Kylian Mbappe will join Liverpool this summer.

Before we explain why this transfer definitely won’t happen, let’s explain where it’s come from. Mbappe was always going to leave PSG eventually. Even with all the money that PSG pay to the highly-rated young star, the club still plays in a second-rate domestic league. Mbappe stuck around with PSG for this long because he wanted to help them win the Champions League. They’ve fallen short in with desperately disappointing defeats twice in the past two seasons, and reports in France say Mbappe has had enough. He won’t be able to establish himself as a top-tier player unless he plays in England or Spain, so a move to one of those leagues at the age of 22 makes sense. He’s even thought to have told PSG he wants to leave immediately.

With Mbappe apparently wanting out and Liverpool looking to strengthen after a disappointing season, it’s easy to see why there could be a marriage of convenience between the two. Nothing is ever this simple in football, though, and in the case of Liverpool and Mbappe, there are numerous complications. The first is that PSG – so far, at least – have absolutely no intention of selling their star player. Club president Nasser Al-Khelaifi insists that Mbappe will never be sold and will never leave on a free transfer. He said as much to the press in early June, and it was a stupid thing to say. To an extent, he can prevent Mbappe from being sold. However, he cannot prevent Mbappe from leaving for free. The French wonderkid’s contract expires in summer 2022, and he can leave for free at that point whether Al-Khelaifi wants him to or not. The threat of that happening must be worrying someone at some level within PSG, even if it doesn’t worry Al-Khelaifi.

Because of that impending threat, it might make more sense to let Mbappe leave for a large fee this summer than let him walk away for nothing next year. The hole he’ll leave will be difficult to fill, and having lots of money to spend on a potential replacement would be useful. That replacement might turn out to be wantaway Tottenham Hotspur striker Harry Kane, but that’s a whole different story. In the meantime, PSG will be sorely tempted if a large bid comes in for Mbappe, no matter what the club might be saying publicly. That still isn’t a reason for Liverpool fans to get excited, though. The two most important words in that sentence are “large bid,” and Liverpool simply doesn’t pay the kind of prices that might persuade PSG to cash in on Mbappe.

The most that Liverpool have ever paid for a football player is £75m for Virgil van Dijk. Goalkeeper Allison is the only other signing that’s come at a price of more than £50m. Liverpool’s owners occasionally spend big money, but they don’t spend huge money. There’s never been a suggestion that they’re willing or even able to pay more than £100m for a player no matter who that player is, and Mbappe would cost more than that. Even with a single year to run on his PSG deal, the French club is likely to want a figure closer to £150m. For Liverpool, that’s out of the question. It’s far more likely that Barcelona or Real Madrid will come up with the cash even despite their current financial predicaments. If all else fails, Mbappe might find his way to Juventus or Chelsea. Manchester City is a possible outside bet. Liverpool is not.

The word “bet” might be a good one to focus on when we look at the practicalities of this transfer. Signing any player for £100m or more is a gamble even if that player is one of the world’s best. They could get injured. They might struggle to settle in a new country. They might not get on with their new teammates. For whatever reason, you might not make a return on your investment. Historically, Liverpool have never been gamblers. That’s a little ironic, given the fact that the official Liverpool online slots game is available at so many online slots websites, but it’s true. Even Van Dijk wasn’t a gamble because he’s already proven himself in the Premier League with Southampton. Liverpool’s owners wouldn’t play online slots. The odds weigh too heavily against the player. It might be true to say that some of the best online slots at Rose Slots CA offer you better rewards than you’d find with any other type of gambling, but they don’t focus on potential rewards – they deal solely in solid facts. The fact of the matter is that Mbappe is too expensive for Liverpool. Even if the club broke with past traditions and came up with the right fee, Mbappe’s salary demands would still be too high.

It’s likely that Mbappe will move this summer – even more so, now his country is out of the Euro 2020 tournament. It’s also likely that Liverpool will look to strengthen their squad extensively before next season begins. That doesn’t mean Liverpool and Mbappe will be doing business together. We can see a return to Liverpool for Philippe Coutinho, who’s surplus to requirements at Barcelona. The money Barcelona made from such a deal could be used to invest in Mbappe. If so, that’s as close to Mbappe as Liverpool will get. This is the biggest transfer rumour of the summer, but it isn’t happening. It’s a dead duck. No matter how often or how loudly it’s repeated, it’s not on the table. If you’ve been hoping to see it happen, it’s time to choose a new dream.