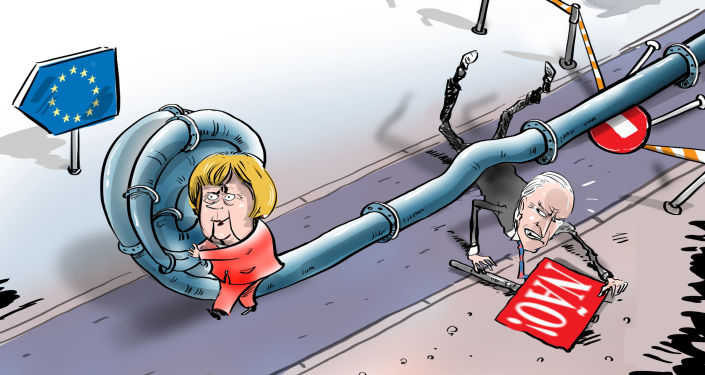 By supporting the Russian pipeline project, German Chancellor Angela Merkel humiliated US President Joe Biden instead of supporting the West in confronting Moscow.

Journalist Andreas Klutho did not vote, in her article for Bloomberg, that Merkel’s contemptuous attitude toward Biden manifested in her refusal to come “at least an inch” closer to Washington’s demands on Nord Stream 2.

The Nord Stream 2 project envisages laying two lines of gas pipelines from the Russian coast across the Baltic Sea to Germany. The construction of the first line has now been completed, while the second is expected to be completed by the end of August. The US actively expresses its opposition to the project, promoting its liquefied natural gas in Europe and imposing sanctions against the pipeline in late 2019.

Kluth says Nord Stream 2’s continued defense will become “a blot on the Chancellor’s reputation” because its stance alienates the United States as well as its European partners and demonstrates “hypocrisy” in Germany is.