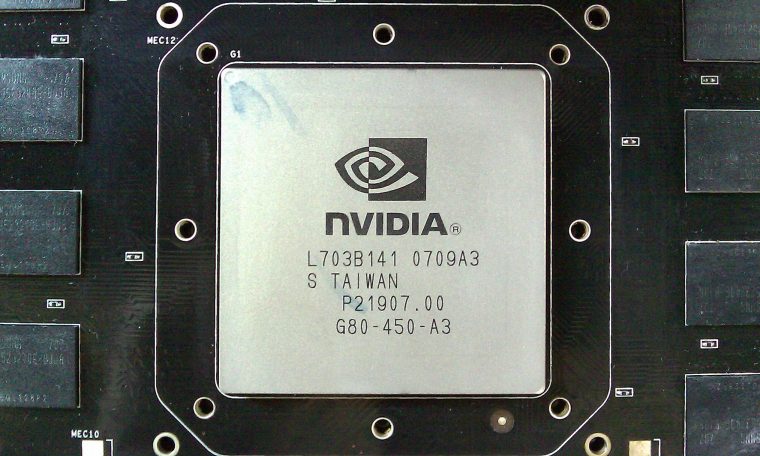 Nvidia (NVDA) has been one of the brightest performers in the semiconductor to date, and one of the hottest momentum stocks as well. Shares have nearly doubled YTD and are up almost $300 since March. Quarterly earnings are right around the corner, posted Wednesday after-hours, and the report could make or break Nvidia’s high flight.

The company has come a long way since the woes of 2018 and 2019, and is on track to continue showing growth in earnings – EPS for the quarter is expected to come in near $2 per share, around the levels of Q1 2019’s numbers. Nvidia has seen promising growth YoY in both GPU/data centers and gaming, yet data center revenue growth has been much higher.

From the Q1 results, Nvidia saw 80% YoY growth in data center revenue to $1.14 billion and the introduction of the A100 GPU as well as other product launches. Gaming revenues grew 27% YoY (but were down 12% on a QoQ basis) to $1.34 billion, while the company also announced over 100 new models of laptops incorporating GeForce and RTX GPUs.

Much of that strength is likely to be continued through Q2 and into the end of the year, with new console releases later in the year and a new chip release slated for a few weeks’ time further adding to growth.

Nvidia’s data center growth should remain relatively unchallenged in AI terms, regardless of the steps that Intel (INTC) is making with Tiger Lake and Xe LP. Nvidia has “an entire ecosystem full of libraries and models designed specifically for [the] CUDA architecture,” and combining that with the progress that the company is making within deep learning (like DLSS 2.0) should keep growth rates in check, while fending off Intel’s competition.

See also  Online courses on data science that work to fight for salaries of up to 170,000 pesos

A100 also has the “biggest generational performance leap ever… with strong adoption across leading hyperscalers,” which is expected to continue in to the quarter. The launch of the A100 and related products carries high value going in to the quarterly results – the upcoming results could see data center revenues hop above gaming for the first time, with Mellanox revenues also contributing starting this quarter, after the acquisition finally closed.

Gaming still is not to be overshadowed. Nvidia’s strength in gaming comes just before the launch of new consoles and after the expansion of GeForce Now, laptops using RTX processors and the launch of Minecraft with RTX and DLSS 2.0. Yet, gaming is still unlikely to see the same strengths as Q1 with the relative relaxing of stay-at-home orders that fueled upticks in video games and screen time.

Q1 showed strong demand in gaming products, and Q2 should show similar strengths in demand with the releases made since Q1. But as “stay-at-home’ [was] driving > 50% increase in hours played on GeForce platform,” the gradual reopening of the economy most likely led to a decrease in hours played. Minecraft with RTX could bring some strength, but higher performance metrics from RTX and from DLSS 2.0 could bring revenues for gaming back up 10% or so QoQ.

Revenue contributions from ProViz, auto and OEM/IP, while decent, might still be hampered for the quarter.

ProViz finds most of its revenues deriving from “media &entertainment, architecture, engineering & construction, [and] public sector.” While the transition to work-from-home was offset by the need for workstations in “healthcare, media & entertainment, and higher education,” construction and engineering are likely to still have little effect on demand. ProViz still might be able to find strength in the long run from “expanding creative & design workflows [and] mobile workstations.”

Auto most likely will be the laggard of the revenue drivers for Nvidia. Quarterly revenues have been pretty unchanged since Q3 2019, and since “‘informatainment’ and autonomous car spending is expected to decline for the next several quarters,” the company might not see the same 22% CAGR within auto.

China and Taiwan are Nvidia’s two leading geographic segments by revenue, and while China had been impacted heavily in Q1 with their lockdowns, a relatively quick reopening of the nation should have eased supply chain tensions and boosted demand for gaming again. The two combined account for about half of Nvidia’s revenues, so strength picked up on reopening and gaming demand should drive total revenues higher by 5% or 6% (~$150 million).

Nvidia’s momentum has not gone unnoticed – it has received Street high price targets from $500 to $540 ahead of what could be strong earnings driven by gaming tailwinds and data center strengths. As that is likely the case, shares might have already baked in much of the good news, trading just below $500 and 7.5% below a $300 billion market cap threshold.

A strong earnings report is needed to keep momentum running, as Nvidia has closed above its 20-day moving average since March 24, almost 5 months straight. If earnings are as strong as expected, given the new releases in gaming, relative geographic strength in China and Taiwan, data center growth on top of the A100, and preceding upcoming chip releases, there’s nothing preventing Nvidia from cruising to $530-550 by the end of September, or even to $600+ by the year-end. However, if performance or growth in data center comes in below expectations or gaming headwinds prevent meaningful YoY growth due to the transition back to “normalcy” outside the home, Nvidia’s path would be back towards its moving average-created support.

Disclosure: I/we have no positions in any stocks mentioned, and no plans to initiate any positions within the next 72 hours. I wrote this article myself, and it expresses my own opinions. I am not receiving compensation for it (other than from Seeking Alpha). I have no business relationship with any company whose stock is mentioned in this article.