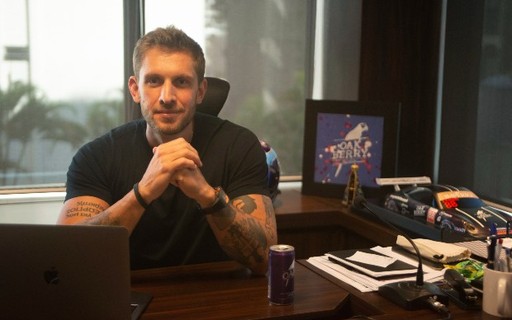 The Brazilian ACE chain Oakberry, founded in 2016 by Georgios Frangulis and Renato Haider, has gained traction with franchise models in recent years. However, during the pandemic, when consumers were away from physical stores, malls and other shopping centres, the brand which is part of the SMZTO group had to make adjustments to cope with the impact. In 2020, annual turnover repeated the year before the separation at nearly $100 million. Now, the company is accelerating the opening of units and getting ready to grow again.

“It is very difficult when you are dependent on a loyal and repeat customer. We depend on the person who does the shopping on the weekends, on travel or while going to work. But the presence of our brand maintains a decent level of consumption, even without visiting stores”, says Frangulis, CEO, Oakberry.

To cope with the period without face-to-face contact with consumers, the brand focused its efforts on major distribution players, such as Rappi and iFood. Without circulation, consumers began placing orders with fewer repetitions, but average tickets, 25% to 30% higher on average than in physical stores. “When the person is at home, they also ask their family or friends,” he says.

Measures had to be taken to make the operation easier. Some examples are exemption from royalties paid by franchisees for two months, reduction in salaries of franchisors and directors of units, and reduction in scales to accommodate peak delivery times. The entrepreneur says one advantage was that there were products that did a good job of delivery – the main ones being smoothies and acai bowls. In fact, a company’s own app is in the development stage, and it is expected to launch in the last quarter of 2021.

The sanctions produced a strong negative impact for the Brazilian economy, especially for businesses that are part of the food service. However, for those who had money to invest, it was time to find this opportunity. According to Frangulis, Oakberry benefited directly from this quest for investors to diversify its income. Last year, the speed of network opening in the country was 87 units, which was the same number in 2019. In 2021, as the pandemic cools, optimism is seen in the number of openings: 77 new points of sale started operating by July, while another 60 are planned by December.

On the international front, the route drawn was also affected by Covid-19. Stores in Australia and the United States, as well as countries such as China, where the brand debuted in January 2020 – when the disease began to spread to the eastern country – were temporarily closed.

Even with setbacks, the internationalization movement, which began in 2018 and intensified with 10 new points in 2019, continues. Last year, the brand opened 23 units. Another 32 should start functioning by mid-2021 and another 30 should open their doors by December. Today, Oakberry has 70 stores in more than 20 countries, such as Saudi Arabia, the United Arab Emirates, Croatia, Portugal, Spain, Chile and Colombia.

“From the beginning, Oak was designed to be a global brand. In practice, it is to think of a model that suits global cities and different cultures, because people in different places have the same thinking. If it works well in New York and Sao Paulo, it will work in Barcelona and Madrid”, the CEO said of the strategy to open the borders. This includes working to change the understanding of products such as desserts, encouraging international customers to look. Inside the brand in the healthy category – a work done in Brazil a few years ago.

In early July, the company reached 400 units worldwide. As vaccination progresses and the resumption of activities in Brazil and other countries, Frangulis has established an ambitious plan in the short term: to operate another 100 units by the end of 2021, reaching a total of 500 stores. With this, Oakberry is estimated to earn R$170 million.

“The expectation is very positive. We should have a lot better than the last of 2019 and the first quarter of 2020. We saw this in some countries that are slightly ahead of Brazil in terms of epidemics. In the United States, we are about 3 months almost doubling monthly sales”, concludes the entrepreneur.