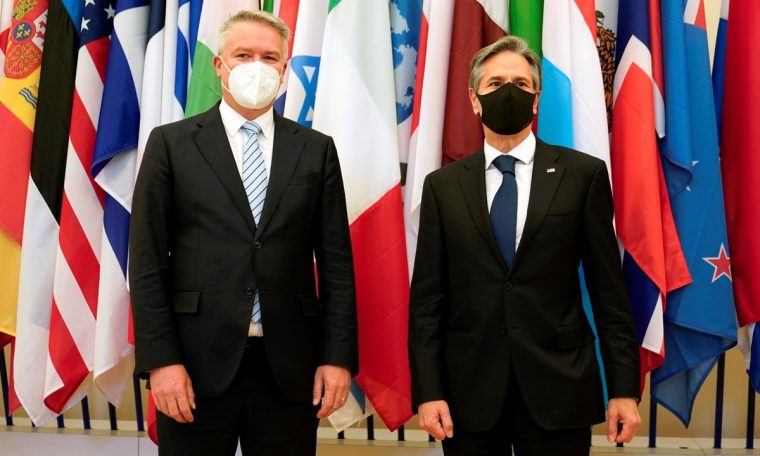 A total of 136 countries this Friday (8) agreed to a 15% worldwide corporate tax from 2023, a milestone aimed at tax optimization of large multinationals and limiting countries’ rivalry for their taxes.

The Organization for Economic Co-operation declared, “The landmark agreement (…) will redistribute profits of more than $125 billion among countries around the world, more than 100 of the world’s largest and most profitable multinationals, who will pay their fair share of taxes.” and Development (OECD), in a statement.

The measure, promoted by the Paris-based organization, got a decisive boost with the arrival of Joe Biden at the White House in January, which went into effect mid-year in the first agreement that was drafted this Friday (8).

Of the 140 jurisdictions involved in the talks, only four were not included in the initiative – Kenya, Nigeria, Pakistan and Sri Lanka.However, support was achieved in the last section of Ireland, Estonia and Hungary.

Ireland’s green light is not insignificant. Dublin is home to the European headquarters of American Internet giants such as Facebook, Google and Apple, as it has one of the lowest corporate taxes in the world, at 12.5%.

“All G20 countries, all EU and all OECD countries” approved the proposal, which will be presented to the G20 presidents in Rome at the end of the month, observed OECD Secretary-General Mathias Cormann.

The measure is structured around two pillars: a minimum corporate tax of 15% for companies that earn more than €750 million annually. In order to gain Irish support, the reference to “at least” 15% of the initial proposal was removed.

The second pillar seeks to ensure that income paid by large companies reaches the countries where they make their profits, not where they are headquartered, limiting controversial tax optimization practices.

According to the statement, this last measure will apply to multinationals with global sales of more than 20 billion euros (about $23 billion) and profitability of more than 10%. Hence, 25% of the profit from this section will be taxed.

Ursula von der Leyen, President of the European Commission, said: “Asking big businesses to pay the right amount of taxes is not just a matter of public finance. It is primarily a matter of basic equality.”

US President Joe Biden said in a statement that “a strong global minimum tax will ultimately provide equal opportunities for workers and taxpayers.”

The agreement was praised by the CCIA, the pressure group that brings together the technology giants of the United States, which called itself “a clear obligation to roll back all tax measures on digital services” and a “commitment not to introduce these measures.” Declared satisfied with. Future”.

Facebook vice president Nick Clegg also said that the social network is “happy to see a consensus”, although it could mean “paying more taxes in different places”.

However, not everyone welcomed the news of the agreement. For NGOs and economists, the agreement, backed by economies representing more than 90% of the world’s GDP, has virtually no ambition to end inequality.

According to Oxfam, with a 15% tax, two-thirds of the additional tax revenue will mainly benefit the prosperous countries of the G7 and the European Union. The poorest nations will recover less than 3%.

See also  Brazil's experience of restarting tourism after the pandemic

In addition, “a last-minute 10-year grace period has been added to the global corporate tax of 15%,” lamented Susanna Ruiz, the organization’s head of tax policy.

On Thursday (7), when the agreement was already in sight, Nobel laureate in economics Joseph Stiglitz expressed regret that the agreement did not respond to the concerns of developing and emerging countries. The economist advocated a minimum tax of 25%.