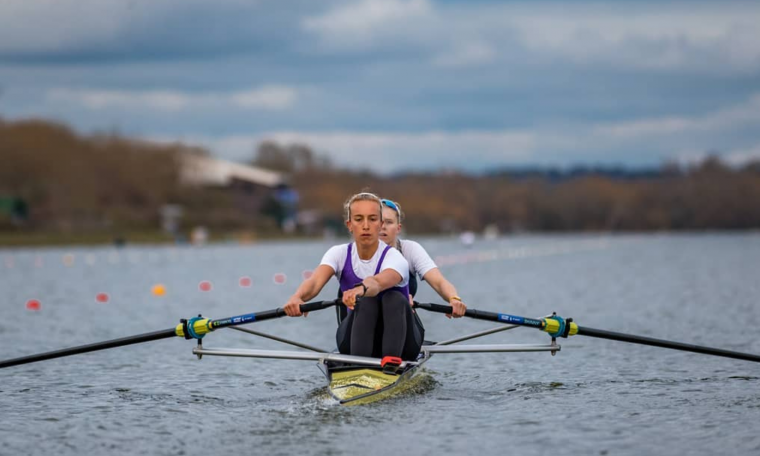 Athlete Onagh Cousins ​​trained for 35 hours a week after being selected for the UK rowing team. olympics From Tokyo even after being infected with Kovid-19 in February 2020.

The 26-year-old, who lives in Surrey, England, had a mild case of the disease, so she was confident she could get back to training quickly. But she thinks the intense exercise may have exacerbated the disease, saying she “turned out to have a very bad case of Covid”, forcing her to leave the Olympic team.

According to him, even now, “acute fatigue” allows him to do only a few hours of normal activity per day.

“Training has still been a struggle,” he said. “Today, I can probably do three 20-minute sessions a week in a super-light way.”

Now, she wants to alert other young athletes – especially those traveling to Tokyo for the Games – to take COVID-19 seriously.

“People who are young and healthy, who exercise, don’t think they’re going to get sick. It’s important that anyone who catches this virus is extremely careful.”

Your path to recovery is still on. But his Olympic dreams for Tokyo are over.

“I found it very difficult, I was very upset”, she said of leaving the Games. “I gave myself space to process, I let myself suffer”.

Cousins ​​hopes to get back in shape to be ready to compete at the Paris Olympics in 2024.

“I am in mourning”

However, for other athletes, the Tokyo Olympics was the last chance for a medal.

Priscilla Loomis, an American high jump athlete who competed in the 2016 Rio Olympics, was hoping to represent Antigua and Barbuda in Tokyo because of her dual citizenship.

But a severe case of Covid-19 hampered her chances and she failed to qualify.

“I’m completely devastated,” Loomis said. “I am very sad. I am recovering now. I am in mourning”.

Loomis was suffering from chest pain and shortness of breath and had to miss eight weeks of training. Her doctor advised her to skip the Olympic bid due to possible long-term damage to her heart and lungs. But she continued.

At age 32, the high jump athlete stated that she could not continue training at this level (or having the necessary financial support to do so) for the next four years.

“It was my last chance. I can’t afford coaches and doctors, and as I get older, there are so many random parts of me waking up that hurt.”

In the UK alone, around 700,000 people reported having symptoms for at least three months after being infected with COVID-19, according to a survey by the UK’s National Bureau of Statistics in March.

Most of the 700,000 said the disease was limiting their day-to-day activities. For about 70,000, symptoms lasted for more than a year.

A separate study published in April showed that seven out of ten people hospitalized for Covid-19 did not make a full recovery five months after discharge.

CNN’s chief medical correspondent, Sanjay Gupta, says researchers aren’t entirely sure why the virus hits some people harder than others.

“We are battling a disease that we didn’t know how to define until a year ago,” the doctor said.

“If you are an athlete, you may have long-lasting COVID symptoms. And it also affects their performance in the long run.

Some athletes with the virus have made a full recovery and are on their way to compete in Tokyo.

“I was really surprised how I got infected as I never left the house,” Phogat said. “I had no contact with anyone and I was training at home”.

The 26-year-old recovered without any problems, but time without training, coupled with the postponement of the Games, delayed his schedule.

“Having Covid-19 for a month ended all my previous training. I had to restart my training from the beginning.”

Phogat also said that she faced great personal anxiety after her entire family in India acquired Covid-19 a few months back during a major outbreak in the country. At that time, she was training in Ukraine.

“Everyone tested positive for Covid and the situation in India was such that hospitals were full,” he recalled. “If I were in India, I would probably be in touch with people and take care of them. My biggest concern was that I was not with them.”

Phogat called him seven to ten times a day to check on his condition.

“Since my family lives in a village, they need to be reminded which pills to take and what to do and what not to do. I was worried as I have many children in my family and my mother gets sick easily, so I was distressed by the worsening of the situation”.

Fortunately, everyone has made a full recovery and the fighter is now fully focused on success at the Olympics – and is entering the event as a favorite in her under-53kg division.

Phogat was carried on a stretcher from the gym after suffering a serious knee injury at the Rio Olympics. So this time around, she is fighting for a medal and considers herself lucky to be able to compete in the midst of a global pandemic.

Phogat said, “It is difficult, but it is also really heartening that even in such a situation we can compete in the Olympics and all of us athletes can make our country proud.” “We can show the world that we can all come together. Covid-19 put everyone under a lot of stress by staying at home, and now people will get a chance to watch the Olympics and heroes from around the world.”