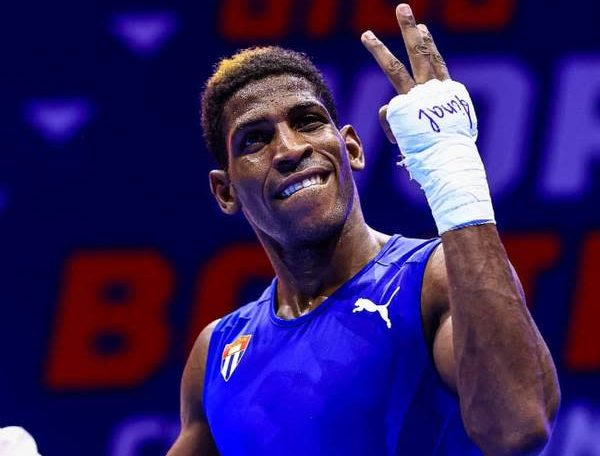 The country’s national boxing commission said on Monday that Olympic boxing champion and three-time world boxing champion Andy Cruz was expelled from Cuban sport in June after trying to immigrate illegally after he was caught by the country’s officials. were surprised by

“A detailed analysis (…) resulted in the expulsion of athlete Andy Cruz Gómez from the Cuban sporting structure,” the National Boxing Commission said in a statement issued by JIT, a state-run sports news portal.

Cruz, Olympic champion at the 2021 Tokyo Games, is considered the most technical of the current generation of boxers in Cuba, a country that has 80 world titles and 41 Olympic medals.

On 28 June, the commission reported that Cruz had been caught “illegally attempting to leave the country” in what was deemed a “serious lack of discipline in the rules” of Cuban boxing. According to the statement, Cruz also committed another indiscipline. Training for the Playa Girón 2022 National Boxing Tournament, the most important on the island, began on 20 June.

Despite returning with full honors from Tokyo, Andy was dropped from the team in May, when Cuba returned to professional boxing in the Mexican city of Aguascalientes after more than 60 years.

“He experienced a decline in his performance and attitude in the gym,” said Rolando Esable, Cuba’s head coach for the sport.

Authority: 381 people were indicted for participating in the July 2021 protests in Cuba

See also  At the airport, Marcos Braz reveals the date of Paulo Sousa's performance at Flamengo

The Boxing Commission stated that “there were many places for dialogue to exchange about these and other gaps that the athlete himself recognized” and that his conduct “showed signs of decline during the first half of the current year”. “.

The boxer’s escape takes place at a time when Cuba is experiencing a huge migrant wave, leaving many high-level athletes. Cuban sporting figures that have survived in recent months include Olympic champion wrestler Ismail Borrero in Rio in 2016 and canoeist Fernando Dayan Jorge, Olympic champion in Tokyo in 2021.

Between sanctions imposed by the United States six decades ago and the effects of the pandemic, the island is facing its worst economic crisis in three decades, fueled by growing shortages of food, medicine and fuel.