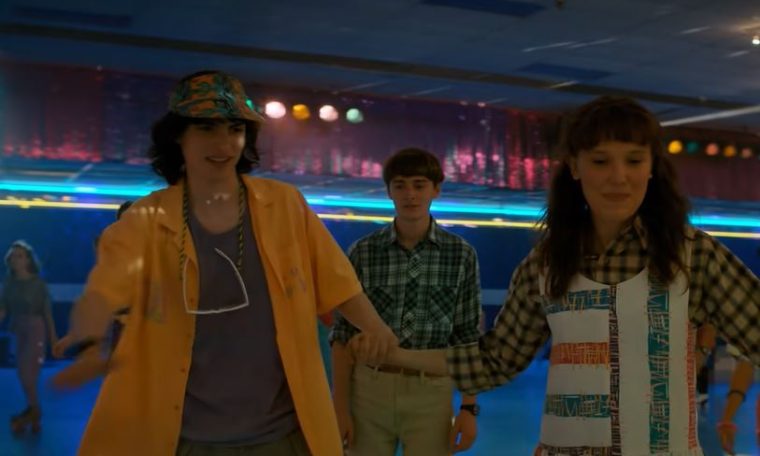 When Kate Bush topped the UK charts – as well as topped Spotify’s Global Top 50 – with the 1985 song “Running Up the Hill”, it was a surprise. At the time of release, the song was a success, but peaked at number three in the UK. Then, 37 years later, how can it garner so much attention? The first and most obvious reason is that it is on the soundtrack to the series “Stranger Things”, the second most-watched Netflix series in the world. But another factor that may have contributed to the massive comeback is that ’80s sound is very much present in current international pop, bringing an irresistible “sense of familiarity,” experts say.

Revisited by names like Harry Styles, The Weeknd, and Dua Lipa, this aesthetic that refers to and transports listeners to the 1980s has a name: synthpop. In general, the genre is characterized by a dance rhythm and notable presence of synthesizers. – The keyboard in synthpop isn’t melodic, it’s a keyboard that strikes, dances, is violent, creating a sonic atmosphere. It’s an aesthetic premise that originated at the juncture of disco music and reached a very strong point in the 1980s – says Thiago Soares, pop culture professor and researcher at the Federal University of Pernambuco.

Widely used at the time, the aesthetic was left separate from the mainstream over the next decade, and the one that took the spotlight was grunge, with guitar, bass and drums filling in the sound blanks. By 2020, The Weeknd revamped synthpop and released the hit “Blinding Lights”. The synth-heavy song spent 90 weeks on Billboard’s Hot 100 chart.

Pop culture is much more a culture of recycling and restructuring than innovation. Artists are always on the lookout for elements from the past, which combined with the present and new musical instruments to produce something new. We can think of the consecration of “Blinding Lights” as the song that sets this aesthetic to current pop and brings something like “Take On Me” by A-Ha! – Evaluates Thiago, stating that the version that is successful today is a reinterpretation of the original song.

Following a similar argument, Harry Styles released an album filled with references to the past in May. “As It Was” is probably the most obvious example of this use of keyboards as a protagonist, and it’s precisely this track that topped the charts.

In Brazil, this retro pop movement has not yet reached the mainstream. However, Anita used references to synthpop in the single “Boys Don’t Cry”. Among independent artists, Letreux comes closest to aesthetics.

– Her last album (“Letrx Aos Tears”), I recorded it with an old, analog synthesizer – says keyboardist and producer Arthur Braganti. — Synthesizer has an atmospheric thing, it makes sounds. While many may think that “it looks like a celestial thing” or “the grave of witchcraft”, this can also make a somewhat poetic notion. Deep down, 1980s synthpop created a way to make use of this repeatable feature.

For Arthur, it is easy to recognize these sounds in artists such as Letreux because there is not much mixing of styles. A fact that differentiates his work from Duda Beat, for example, which also uses 1980s synthpop in collaboration with producers Lux & Troia, but mixed with Brazilian elements such as pisero or maracatu. .

– It’s an aesthetic of the arrangement as a whole that points to this space of synthpop, which became very iconic – says producer Tomas Troia. — In Duda’s songs, we use synthpop as an ingredient and not the main dish. I think doing a purely synthpop project is more likely to be a niche thing. But, if you take that and make a pisero with synthpop, a pagodao with synthpop, I think it has more appeal in Brazil.