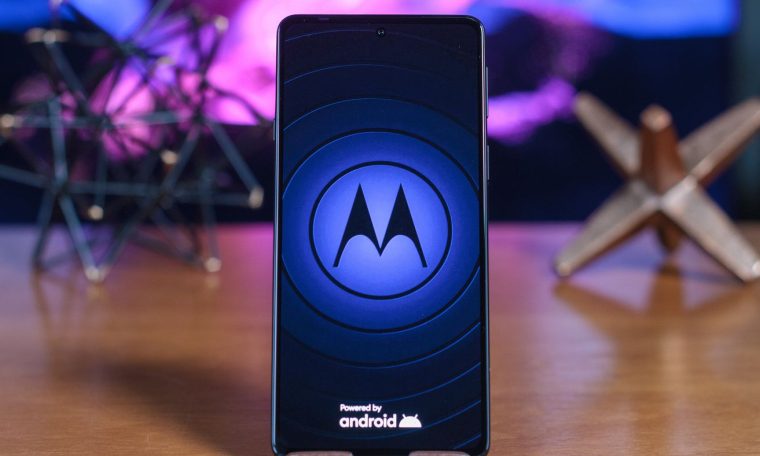 2021 was a very challenging year for all of us. With advances in vaccination and a drop in overcrowding in hospitals, we are able to imagine the future with more hope, even as the new reality demands our attention and prevention. At Motorola, we have had several launches and actions that strengthened our brand and brought us closer to our consumers.

Proof of this is that we have expanded our portfolio of smartphones compatible with 5G, a technology that will be the basis of future connectivity in Brazil.

More than launching new products, we want to empower people and promote positive change in the society. With this in mind, we created POWER to empower the global platform with true stories from users in all four corners of the world who narrated how technology has empowered them to pursue their passion, speak their voice. grow and achieve your dreams. The idea was to show how our consumers can express themselves through technology.

For that, we launched the manifesto “Power to those who make it”, which was attended by our ambassadors: Jodi Anavitoria, influential gamer Camillota XP and Brazilian Basketball Confederation (CBB) president and former player Magic Paula. The manifesto video helped us translate the essence of the company, whose mission is to bring better technology to everyone.

We also have the support of content producers in the Find Your Edge campaign aimed at the Motorola Edge line of products. We selected five creators in Brazil, Italy, Mexico, Poland and the UK to promote original and inspiring content, according to their inspirations, while paralleling the functionality of the tools. In Brazil, we tropicalized the movement by inviting ten digital influencers who used Motorola Edge 20 Pro to produce their videos on Instagram and TikTok, with the motto “Explore Your Edge.”

To create an experience that goes beyond visual and auditory, Motorola also launched a special fragrance, and was the first technology company in the world to develop something like this. The BlueTouch tech was applied to the box of new models like the Moto G100 and Moto G30 that were launched simultaneously. The perfume formula is composed of a complex blend of fresh aldehydes, aromatic notes, tonic spice and nautical aspects, and infused with shades of amber, wood and musk.

Apart from empowering its users, Motorola also has a vision to promote diversity and inclusion in its campaigns and society. We are the first smartphone maker to include indigenous Amazonian languages ​​on our devices. The Kaingang (spoken in the south and southeast) and Nhengatu (present in Brazil, Colombia and Venezuela) languages ​​are now part of the 80 languages ​​supported by Android 11 on Motorola smartphones.

Because we believe in the game’s transformative potential, we created the first reality gamer in the segment in Brazil with the support of the BBL and other companies, which helped us reward five pro players with six-month contracts to represent Flamengo Esports. helped. The team, the Brazilian team of electronic sports associated with the traditional football team, in League of Legends: Wild Rift, by the Riot Games. A total of seven episodes were aired by Tiktok and also on Bandsports.

To close the year on a high note, the g200 5G motorcycle launch campaign featured a collaboration of Valquírias Musical Collectives, producer Gleba do Pssego and director duo 2 Vilão, who helped us translate the essence and brand values ​​of the new product. This was the first time that Motorola developed an advertising film in partnership with The Collective for the launch of a smartphone in Brazil, which tells the real stories of people who use technology to amplify their voices and achieve their dreams. use. The result was sensitive, powerful and real.

Innovation and inclusion are in Motorola’s DNA. In 2022, we will continue to work to promote these values ​​and showcase more true stories from consumers who have found technology to be a powerful tool to rewrite their narratives and express their passion.

*Article created by a columnist exclusively for Canaltech. The text may include opinions and analysis that may not necessarily reflect Canaltec’s views on the matter.