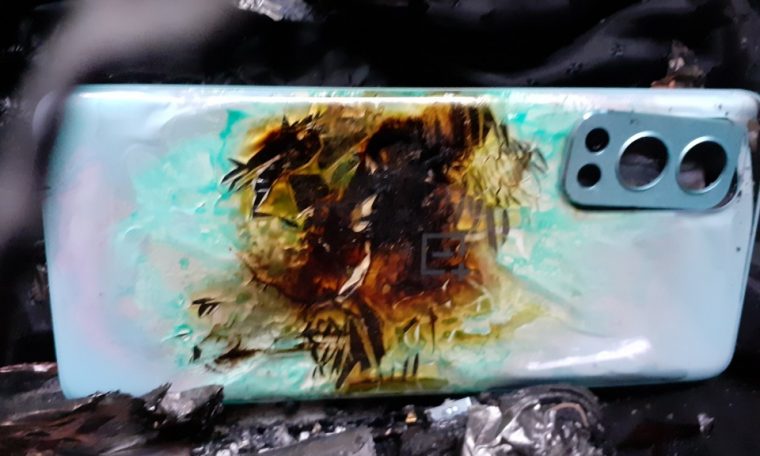 A lawyer and activist based in India has claimed that he was the victim of an explosion in his OnePlus Nord 2 5G smartphone. According to Gaurav Gulati, the device was in his pocket without being used or recharging when it started heating up and later caught fire.

On realizing the incident, the lawyer threw his coat on the ground before a small explosion caused by the equipment.

#explosion And #Fire in my new brand #oneplusnord25g.@OnePlus_IN This morning when I was in my office (Court Chamber) @OnePlusNord2_ @ oneplus @OnePlus_USA pic.twitter.com/TwNKNmnhzo

Photos recorded by the lawyer show the condition of the garment, with the device completely damaged. They filed a complaint against the manufacturer and now want to ban the sale of the model in the country for possible risks to the population.

This is not the first time?

OnePlus, in an official statement, said it would investigate the matter, but complained that Gulati has not yet agreed to get company representatives for a preliminary diagnosis. “We take each such allegation out of concern and user safety seriously. (…) However, in these circumstances, it is impossible for us to verify the validity of the case or to guarantee the individual’s demands for compensation, The text says.

The lawyer alleges that he fears the diagnosis will be falsified by the team to see the case as normal, adding that the brand was insensitive to questioning him.

The consumer and the company are at an impasse over possible reimbursement or compensation.Source: mysmartprice

In August this year, another report of the OnePlus Nord 2 explosion was reported in the country. Upon investigation, the brand claimed that the fire was caused by “external and isolated incidents related to manufacturing”. A second case was also uncovered, but the brand found it to be a fake and settled scenario.