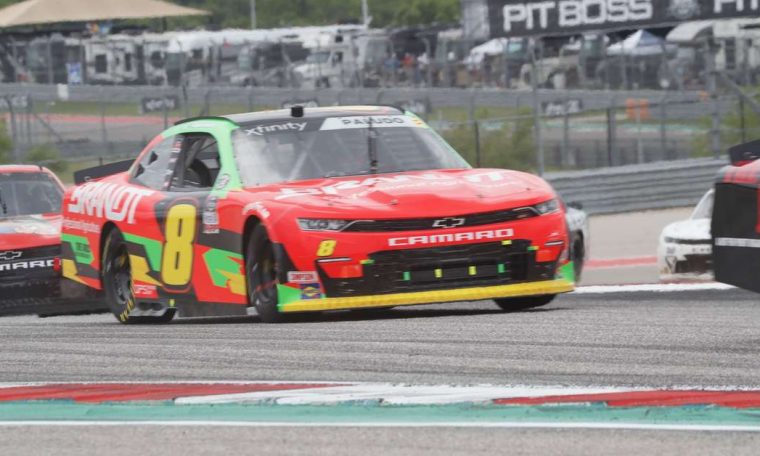 This weekend, Miguel Paludo will complete a trilogy of races slated for 2021 in the Nascar Xfinity Series. The 37-year-old from Rio Grande do Sul will compete in the Mid-Ohio stage, another circuit he has never driven before. By the way, the journey the JR Motorsports driver will face in Lexington is very similar to the one in Daytona in February: Paludo will accelerate straight to the Chevrolet Camaro #8 race without training or classification.

Last Saturday, after winning the opening stage of the Porsche Carrera Cup in Velocitta, Paludo heads for the third weekend in a row of competition. This time, in Mid-Ohio, the journey is getting more complicated, especially because of the starting grid: Paludo starts on the 29th.

The abandonment of the Circuit des Americas and Josh Berry, who ran the #8 Chevrolet Camaro at the Charlotte stage, contributed to Paludo’s grid position.

But Paludo is betting on a comeback race after having managed to fit in a strong race pace at Daytona, where he came in fourth, and also in Austin, where he started in 15th place and due. Reached the top-5 before retiring. in the transmission shaft.

“Our car was very fast at Daytona and Circuit des Americas. I am very motivated to represent Brandt again this time in Mid-Ohio. Everyone at JR Motorsports has been impeccable since the start of the year and I hope That, together, we will win another positive result,” Brazil declared.

This weekend’s race is expected to last 75 laps, or 169.4 miles, with a scheduled start at 2 p.m. (GMT). The broadcast will be in charge of the subscription channel Fox Sports.