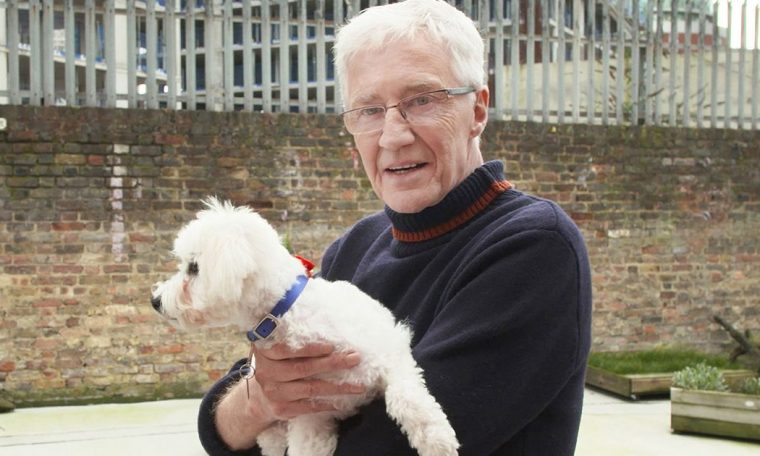 Paul O’Grady has revealed his TV show For the Love of Dogs has had to cancel filming because Battersea dog’s home, where it is filmed, does not have enough residents.

On Instagram, Paul, 65, told Gaby Roslin:  “We were supposed to start filming in August but they’ve got no dogs.

“I suppose because of lockdown people who have taken dogs they’re still having a good time with them.

“I suppose it’s when circumstances changed and they’re made to go back to work we’ll see a lot of dogs brought in.

“But it’s good because they don’t have a lot of dogs anymore.”

For The Love of Dogs aired on ITV since September, and it showed Paul meeting the residents and staff at Battersea.

He got to know the adorable pups who had been brought in either as strays or because they had been abandoned.

It follows their progress as they find their lucky owners and settle into their new life.

The show won two consecutive National Television Awards for Most Popular Factual Entertainment Programme in 2013 and 2014, and then again in 2019.

When the country went into lockdown earlier this year, the staff at Battersea Dogs & Cats faced a very serious challenge as the three charity sites all closed for the first time in its 160-year history.

Paul stepped in to help try to evacuate and re-home more than 80 animals before lockdown took full effect.

He revealed despite already having five dogs at his Kent farm, every series he struggles not to take more back with him.

He told MirrorOnline: I literally walked in the gate and they said, ‘Battersea’s closing.’

It was all so sudden. Next thing we were in a meeting discussing what would happen with the home, the staff, the fact there could be no visitors, no adoptions, nothing.

He added: “There was lots of ringing round, to all the people who might foster dogs to see if they could help. I thought, ‘Who do I know who wants a dog?’

“I mean everyone runs away from me now anyway in case I tell them there’s a lovely dog down Battersea that would suit them.”