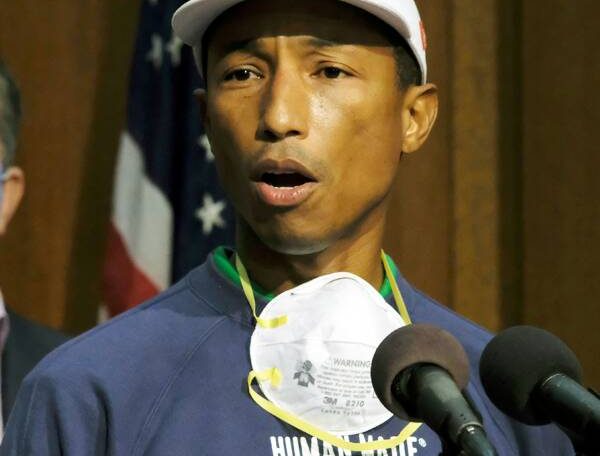 Today is Juneteenth, and Pharrell Williams is working to make it an official paid holiday across the nation.

The 47-year-old artist appeared on Thursday’s episode of Jimmy Kimmel Live! and spoke about his recent trip to his home state of Virginia to advocate for change.

“I just think it’s high time that, if we’re going to think about what independence and what freedom really looks like, ours was never really acknowledged,” he told Jimmy Kimmel. “I mean, yeah, there’s 47 states that observe it, but that’s not a paid holiday. We deserve a paid holiday.”

Earlier this week, the “Happy” singer—who shares four kids with wife Helen Lasichanh—spoke at a press conference in which Governor of Virginia Ralph Northam announced he will propose legislation to make Juneteenth a paid state holiday.

“I called him and I just said, ‘Man, I just feel like this is important—not only for your own legacy but for the legacy of Virginia. And if you would be willing to officiate this and make this a paid holiday, I will travel for the first time out of my house. Because my wife is not playing no games with this COVID-19. She’s not playing no games. I mean, as you know, we have 600 children. So, we can’t afford to play any games,'” Williams recalled. “But this is serious because this is for not only me, but this is for, like, my ancestors that absolutely came through on the hull of a ship in Virginia, you know, 400 years ago—over 401 years ago. So, for me, this was incredibly symbolic and it’s necessary.”