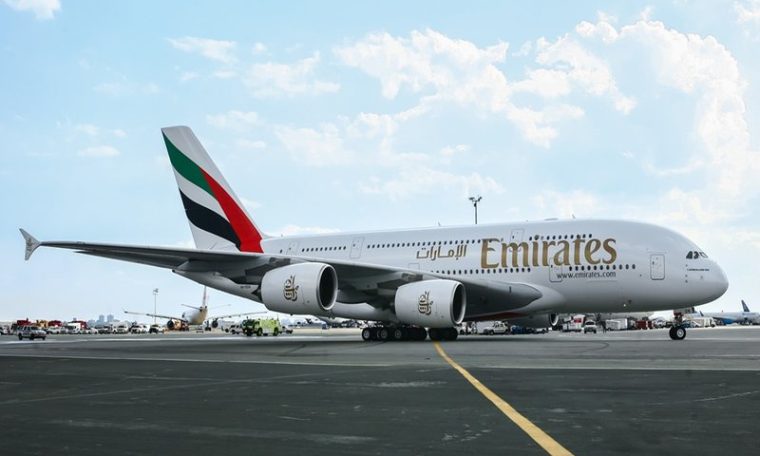 A large hole was found in the fuselage of an Emirates Airbus A380-800 (A6-EVK) after taking off from Dubai (DXB), United Arab Emirates to Brisbane (BNE), Australia yesterday (01) morning.

An Emirates A380 takes off from Dubai to Brisbane with a hole in its fuselage after it was damaged on takeoff from a blown tire. The plane is still on the ground in Brisbane after the incident. pic.twitter.com/CwoMJKaL2L

During the approach, the crew informed the control tower that there was a suspicion that one of the landing gear tires had burst and requested the support of emergency teams on the ground. The landing took place safely.

It is suspected that the DXB may have had a tire burst during takeoff, causing debris to damage the fuselage, creating a hole. The aircraft, in operation since December 2019, remained on the ground until Saturday morning (2).

Emirates aircraft typically spend about 24 hours in BNE before returning to Dubai. Due to the incident, the aircraft that is making (2) flight EK430 (A6-EVG) this Saturday will return to DXB approximately three hours after landing, replacing the A6-EVK.

The airline also operates to three other Australian destinations: Sydney (SYD), Perth (PER) and Melbourne (MEL).