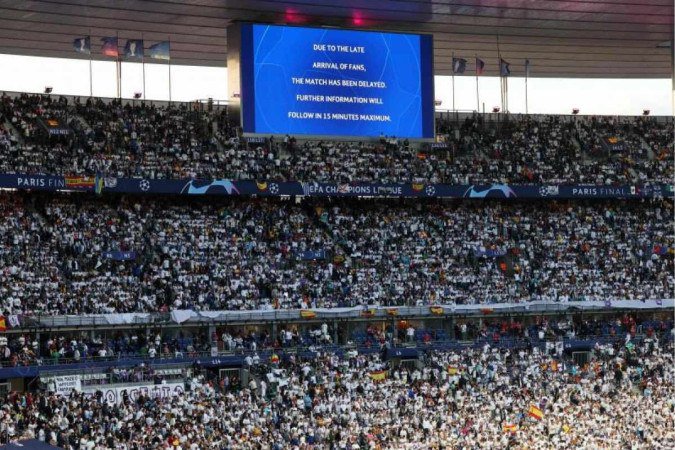 Paris police chief Didier Lalement admitted on Thursday that there were flaws in the security plan for the Champions League final. He also admitted that he may have been wrong when he claimed that around 40,000 Liverpool fans tried to enter the Stade de France with fake tickets.

Lelement attended a hearing in the French Senate to clarify some points of police action taken before the match that ended with Real Madrid’s title. The final, played on 28 May, was marked by scenes that preceded it: fans stormed the stadium, while police fired pepper spray, including children, and people squeezed through bars.

During the hearing, the police chief said, “Obviously, we made some mistakes, because people were being pushed and we were there to protect them. This is also a failure because the image of our country has been shaken.” Demonstration of security officers.

“Did we make sure the game was played and, more importantly, that we didn’t have serious injuries and deaths? (using pepper spray) It was the only method we found, it was the best way to We had to disperse the people. From what I know innocent people were killed and I am sorry for that, but I repeat, there was no other way”, he defended.

In the first days after the episode, the French Interior Minister, Gerald Darminin, along with the police, presented the thesis that around 40,000 Britons entered the stadium with counterfeit tickets. The version was opposed by fans, who would have been blocked even with valid entries, and by the UK press.

Pressured by senators to reveal evidence to support the numbers, the police chief took responsibility. “I was the one who gave this value to the minister and I fully maintain it.” As the facts become clear, concerns grow over France’s ability to host other major sporting events such as next year’s Rugby World Cup and the 2024 Olympic Games.