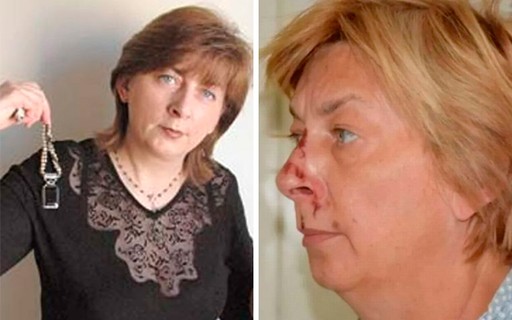 The original story is reminiscent of the plot of ‘The Guitarist Who Came from the Sea’, in which a mysterious Polish boy mysteriously appears to two English women. In real life, at least as far as language is concerned, the plot reverses. Croatian fishermen found a woman injured and isolated on the rocks. She didn’t remember who she was or where she came from, but she spoke impeccable English.

Given the bizarre nature of the events and the condition of the woman, the matter soon made news. The 56-year-old woman was rescued ten days earlier, and soon photos of her were posted widely on the Internet, until her friends recognized her and contacted Croatian authorities.

And now the details that bring a cinematic aura to the case: The woman in question is Daniela Adamkova, a former Hollywood jeweler who has previously worked on the “Friends” series. A native of Slovakia, she was recognized by friends in Los Angeles, where her work is recognized, with her works being used by such famous artists as Barbra Streisand, Diana Ross and Brigitte Bardot.

It is speculated that Daniela was at the place where she was found more than 10 days earlier, having been rescued. The fisherman who found her told that when she was rescued she was so weak that she could hardly drink water. The Sun reported that she didn’t even know who she was, or how she got to the inaccessible part of the land, which is home to dangerous animals such as bears and wild boars.

“We saw the woman in a very inaccessible part of the beach. I thought maybe she was walking because she didn’t show that she needed help. He didn’t wave or call or anything. The next morning we saw the woman at the same place. It was suspicious to us now. The nights at sea in September are very cold. We saw her moving up and down in panic and when she saw us, she started screaming and waving. We reached near the shore to see what was happening”, said the fisherman.

After the press coverage, he was identified by people who knew him. Fortunately, her friend from Slovakia, Kelesik Miriam, who lives in Zagreb, Croatia, recognized her and contacted the police, who had already been told who she was by Croatian journalists. Another friend in California recognized him. Nina Smidt told The Daily Beast that the mystery woman was Daniela, better known as Dana, and that he hooked up with her in 2015. “I immediately recognized the woman in the photo,” said Nina.

A local resident told news website 24Sata: “It is strange that she was looking at the area. This is an extremely inhospitable part of the bay with very sharp rocks – literally razors that cut the rubber of your shoes. There is no life or animal, except perhaps wild boars or bears that can swim here for food, but this is rare because there is no food, nothing. A woman of that age certainly couldn’t swim that far, she needed extraordinary strength.”

Below, the trailer for “The Guitarist Who From the Sea,” quoted in our report.