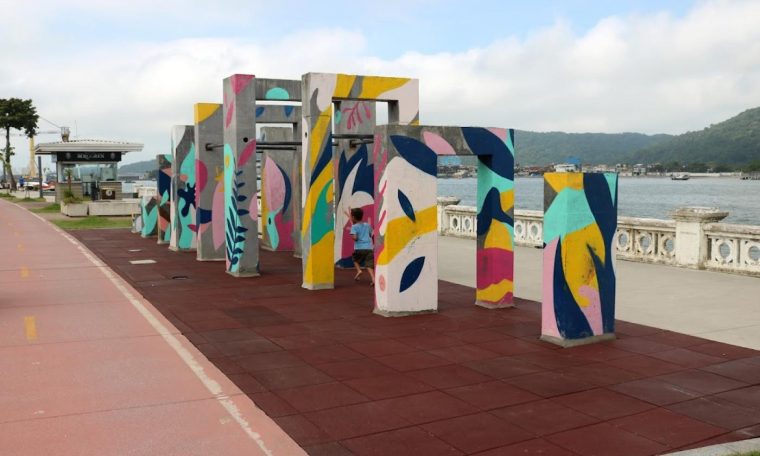 Extreme sports practitioners who use the parkour park in Ponta da Praia now have more security to complete their training. A rubber floor was installed under nine obstacles set up on the waterfront promenade, in front of the Fishing Museum.

The new floor reduces the impact in the event of a fall during parkour exercises and also for those who exercise only on the bars that are between the pieces. The settlement, which occupies 85 square meters of the site, was evaluated last Saturday and the space was later released to the public.

First in Baxada Santista, inaugurated in December 2019, as part of the intervention in Nova Ponta da Praia, the parkour (route, in French) was performed by the regional municipality of the Zone da Orla / Intermediaria at a cost of $17 . .5 thousand. According to the technical consultant, Rodrigo Paxos, the new floor gives the “tracer” (practitioner of the sport) more peace and security to train their acrobatics.

The object of the game is to move agilely from one point to another, be it walls, openings, vehicles or anything else, using only the strength of your body, without being distracted by the constraints of the urban landscape. Parkour emerged in the 1980s in France with David Belle. The maneuvers use Olympic gymnastics and martial arts techniques.

Growing up in a family of firefighters, Belle was inspired by rescue and emergency escape techniques. Although it is one of the best impact cushioning techniques within the sport, the practice does not admit to hesitation, which causes mistakes and can even be fatal. In parkour, mental preparation is just as important as physical preparation, according to Tracer. Britain was the first country to recognize parkour as a sport.