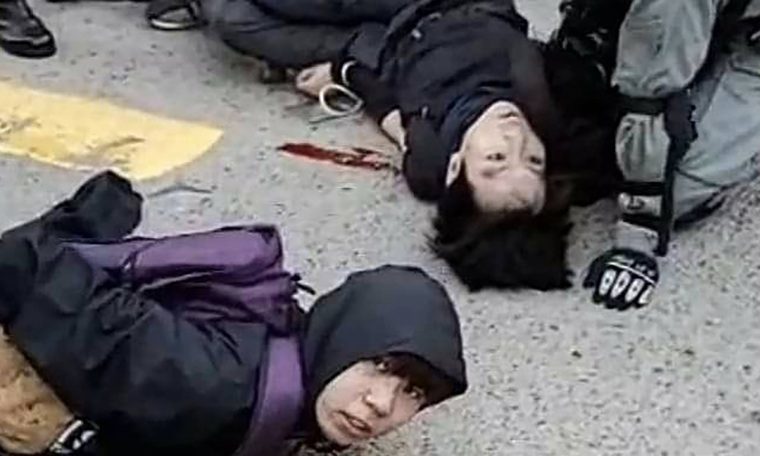 One of the movements behind the massive pro-democracy protests in Hong Kong in 2019 announced its dissolution this Sunday (15). CHRF (abbreviation for Civil Human Rights Front) stated that it faces “Unprecedented Challenges”.

The group was founded in 2002 advocating nonviolence and has led to several protests organized in Hong Kong to advance human rights. In 2019, Millions of people mobilized on the streets of the city in a pro-democracy protest.

Most CHRF workers has already been arrested, Including former pro-democracy movement leaders Jimmy Sham and Figo Chan. According to a survey conducted by AFP, about 30 other civil society organizations in Hong Kong have already dissolved for fear of repression.

The CHRF’s decision comes amid a police investigation into possible violations of the security law. The group said it held a meeting on Friday (13) in which the members decided to part ways.

“Last year, the government continued to use the pandemic as an excuse to deny requests for demonstrations by the CHRF and other groups,” the organization said in a statement on Sunday.

CHRF said assets worth about $205,000 will be donated to other organizations.

The dissolution comes in the wake of a similar move by the Vocational Teachers Association after being criticized by Chinese state media and Hong Kong authorities, raising concerns about suppression of the opposition movement of the city.

The decision also casts a shadow over the future of the July 1 rally, which marks the relocation of the former British colony to Beijing in 1997 and which traditionally sees thousands of people taking to the streets to protest against the government.