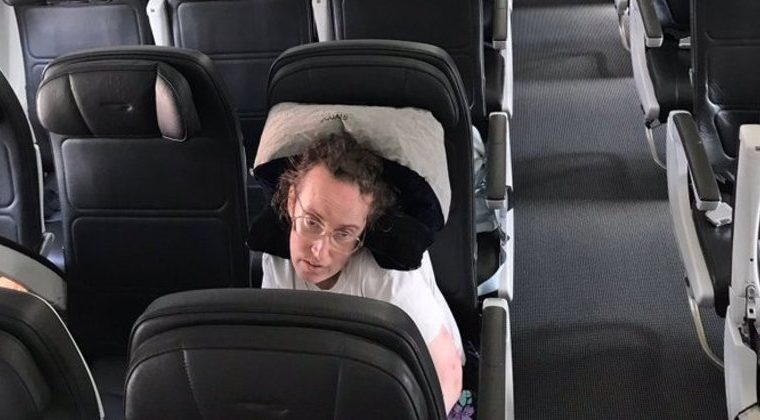 A quadriplegic woman was stranded on a plane at London’s Gatwick airport for more than an hour and a half as no staff helped her off the plane. The case was registered last Saturday (4).

Victoria Brignell is a radio producer and is paralyzed from the neck down. She was returning home from Malta, her second foreign trip.

The passenger told the British program Good Morning Britain that, shortly after landing, one of the airline’s staff approached him and informed that the airport staff who would take him off the plane would take at least 50 minutes.

“And then time passed and I was told it would take them another half hour, and in the end I was stuck for another hour and 35 minutes.”

Victoria was emphasizing that it was the airport’s responsibility to get her off the plane, not the British Airways team, which she described as “fantastic”.

“It was so frustrating and humiliating. I booked support two months ago, it wasn’t like they weren’t expecting me, they knew I was coming.”

To the British newspaper Metro, the radio manufacturer also said it was not the only one affected by the situation, as the plane could not take off until it was landed, delaying the next takeoff.

The case had an impact on social media, especially on Twitter, where the victim’s friends questioned what had happened and published a picture of Victoria sitting in her seat with the plane already completely empty. The posts also mobilized former Paralympic Baroness Tanny Grey-Thompson, who also criticized the passenger’s neglect.

Victoria was removed from the plane by airline staff and said it planned to file an official complaint at Gatwick Airport.

A spokesperson for the terminal spoke and apologized for what happened, as well as saying that the treatment Victoria received was unacceptable. The matter will be investigated immediately by the airport and Wilson James, the company he hired to help disabled travelers.