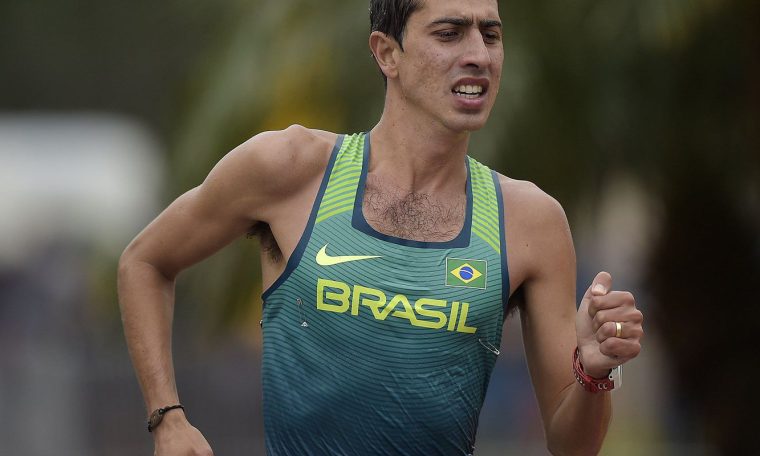 Saturday (2) was golden for Cayo Bonfim of Brasilia at the Podebrady International Race Walking Grand Prix (Czech Republic), the stage of the World Athletics World Circuit’s (top athletics unit) gold series. Bonfim won the gold medal when he came first in the 20-kilometer race, completing the course in 1h18s54, almost a minute ahead of one of the favourites, Swedish Perseus Karlström (1h19s42), two-time European champion, who took silver. Irishman David Kenney (1h19s44) took third place and won the bronze medal.

“The race ended here, 3rd degree, we’re freezing, but you’ve kept it safe for us. Crazy speed from start to finish, but feet responded, technical and mental aspects responded and, in the spiritual, God controls We managed the race and we won. I was the only one who did it in under 1:19 and I am very happy”, observed Cao Bonfim in a statement from the Confederation of Athletics of Brazil (CBAT).

It is 20km from Caio Bonfim in the racewalk.

Brazil won the Podebradi stage of the world circuit.

Another great result from our rising star! pic.twitter.com/V0Tvh7HhGF

The Grand Prix in the Czech Republic brought together 367 athletes (91 of them in the men’s competition), including Olympic and world medalists. This Saturday (2) victory is an additional impetus in the preparation of Brasiliens for their main competition in 2022: the Eugene World Cup, scheduled for the period from July 15 to 24, in the city of Oregon (USA).

The bronze winner at the 2017 London World Cup, Caio Bonfim, this Saturday (2) approached his best result, the Brazilian record achieved in La Corua (Spain) in 2019. That time he did a 20km course in 1h18s47.