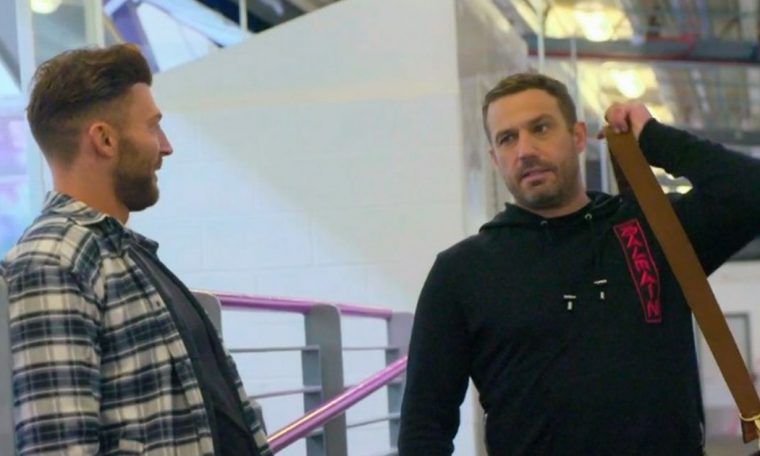 Real Flower Monty on the ice audience was quick to see some tension between Jamie Lomes and Jake Kikkanden tonight.

This year’s show sees brave celebrities perform their routines by making full money on the ice, in the wonderland of winter – without any thermals.

The show aims to raise awareness of cancers in nearby areas of the body and the importance of early self-examination to help save lives.

But as celebrities met at the ice rink and fans were quick to see a “dirty look,” Jamie shot Jack as he walked through the door.

Jamie got a burn after talking to other celebrities when she told coach Ashley Banjo that she wasn’t sure if the project was for her or not.

Ashley tried to talk to Jamie on camera but Jamie walked away and said he didn’t want to talk on the movie.

Jamie was persuaded to continue with the day, but as the celebrities dressed in rows to get to the top of the ice, Jamie looked at her badly again when Jack molested her.

Ice champion Jake continued to demonstrate his skating prowess, with Ashley saying his ego was very clear on the ice.

Staying in touch with the news has never been more important, so subscribe to the Liverpool Eco Newsletter now. Twice a day, seven days a week, we’ll deliver the biggest stories straight to your inbox.

READ  Apple, Other US Products From China Held Up At Indian Ports: Report

When he swallowed it, Jamie was seen saying “F *** ing show”.

And viewers were quick to comment on the tension between the pair.

Key said: “Is it me or does it look like there’s an issue between Jamie and Jack.”

Tara said: “Wait, what’s the beef between Jack and Jamie? That look could have killed him.”

Enter your postcode below to claim a free scratchcard

@ Crimbo said: “If it seemed, Jamie would have died if Jamie had seen Jack.”

Lewis Allen said: “Did I ever imagine that when Jack went into Quickandon, I imagined Jamie Lomas rolling his eyes?”

Despite his initial reservations, Jamie decided to continue the show and thanked his colleagues.

He said: “I was thinking of walking, but I thought it was a big reason so thank you guys for your support.”

And Jake told him: “We’re glad you didn’t walk.”

* Real Flower Monty on ISV and ISV will continue at 9 p.m.