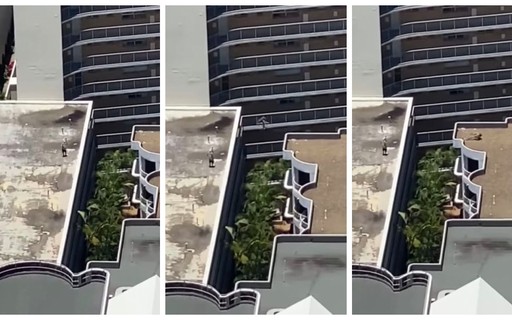 An Australian woman shot a man while jumping from the window of her hotel room five meters between two buildings. When reporting the act committed by Lisa Glenn Boardman, the British newspaper Daily Star called the author of the jump “Spider-Man of Real Life”.

The video, created by Boardman, begins with the boy getting off the ground, then jumping up and landing on the roof of another building. You can watch the video with a snapshot taken of the Gold Coast on Australia’s east coast right here,

“She somehow did! My god!” said Lisa, when she saw the finished jump. “There are five meters between two buildings and 12 meters of fall. The other man considered it, but he didn’t have the courage.”

One person who saw the jump in Boardman’s side says: “It’s just a silly silly thing, that’s for sure. I think it’s parkour. A bunch of madmen”.

Then Boardman reported to the Daily Star: “The other guy took the courage for about 20 minutes, but he didn’t have the ball to jump (…) They’re just stupid. With that jump my heart stopped. I went to the ambulance.” was ready to call.

While “Spider-Man of Real Life” continues with its jump to Australia, the film version, played by actor Tom Holland, returns to theaters on December 16.