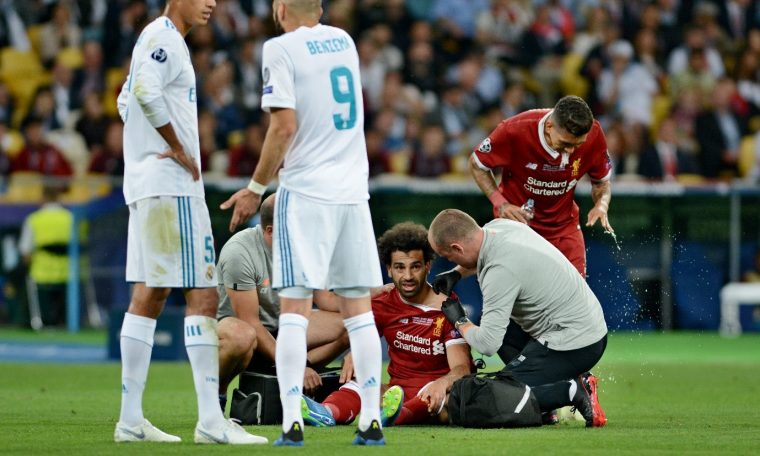 Given what Liverpool went on to achieve in the two seasons that followed, the defeat to Real Madrid in the 2018 Champions League Final feels like a lifetime ago. Reaching that final in Kiev was the culmination of Liverpool’s barnstorming Champions League campaign that season, where they obliterated opponents in a flurry of goals, but they ultimately came unstuck in the showpiece event, where it’s fair to say that luck was not on their side.

A howler from Loris Karius in goal saw Real Madrid take a second-half lead through Karim Benzema, but when Sadio Mané drew Liverpool level, it was anyone’s game. However, a Gareth Bale wondergoal, followed by another Karius mistake meant it was disappointment in the end for Jürgen Klopp’s men.

Of course, Liverpool went on to win the Champions League the following season, and backed that up with Premier League glory in the next campaign, so both of those successes softened the blow of losing to Real Madrid in the 2018 final. However, the Reds have been given the chance to exact revenge nonetheless, with the two teams paired together for this season’s Champions League quarter-finals.

It’s fair to say that neither team have been at their blistering best this season. Liverpool are floundering somewhat in the Premier League, with only an outside chance of making the top four and earning qualification for next season’s Champions League. Meanwhile, Real Madrid have struggled in La Liga, but are still within touching distance and could challenge Atlético Madrid in the title run-in.

While the form of both has been patchy domestically, both Liverpool and Real Madrid secured their passage to the Champions League quarter-finals with ease, in keeping with the European football odds. Klopp’s men were faced with the tricky challenge of RB Leipzig, but ran out comfortable 2-0 winners in both legs played in Budapest. Real Madrid had a similar challenge in the shape of Atalanta, but navigated it well to emerge the victors, 4-1 on aggregate.

It’s difficult to know what to expect from the quarter-final match-up between the two teams. On one hand, Real Madrid are not the same team that won the Champions League three years running from 2016 to 2018, but in the same way Liverpool are not as dominant as they have been in the last two seasons.

Given some of the big names that remained in the competition ahead of the quarter-final draw, Klopp will be moderately pleased with drawing Real Madrid. It’s not the easiest of ties, but not the hardest either, and that gives Liverpool a fighting chance of making it through to the semi-finals and restoring some pride from this disappointing season. Checkout first match between Porto and Chelsea

For Mohamed Salah in particular, it’s a match to relish. The Egyptian was forced off before half-time in the 2018 Champions League Final after Sergio Ramos brutally hauled him to the ground, leaving Salah with a dislocated shoulder. The injury threatened Salah’s participation in the World Cup that year, and although he did recover, he was not at his brilliant best and Egypt ultimately underperformed. He’ll be looking forward to taking on Ramos again and playing his part in Real Madrid’s demise.

It’s a tie to look forward to for all football fans, and Liverpool will certainly be motivated to get one over on the team that denied them Champions League glory three years ago.