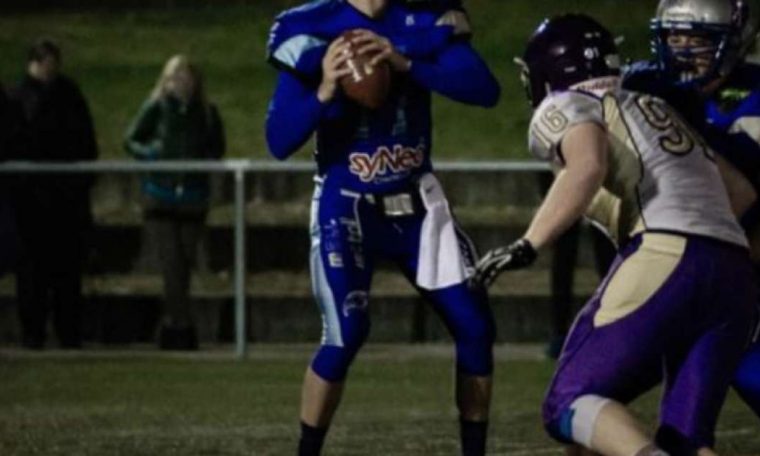 There’s a new gringo in the area. The Recife Mariners this week announced the hiring of American quarterback Clayton Ucker to strengthen the Pernambuco team’s offensive zone. The player was in Germany’s Paderborn Dolphins, and his first experience would be in Brazil.

In addition, the North American quarterback would wear the Mariners’ number 15 shirt, marking the 15th season in Pernambuco team history.

Recife Marine is in Group A of the Northeast Conference of the Brazilian League of American Football (Liga BFA) along with Joo Pessoa Espectros-PB, América Bulls-RN and Serra Cacadores-CE. In the regular season of the national competition, Pernambuco would play four games, two at home and two away from his domain.

The team’s first challenge in the BFA League will be against the Santa Cruz Pirates, also from Pernambuco, in the first week of July.

Other reinforcements for the BFA league

Another North American who supports the Recife Mariners is defender Clinton Greenway, 29. Born in California, United States, Greenway has also played for one European team and two Brazilian teams. In addition, the team brought in athletes who stood out in the state. They are: Gabriel Benjamin, José Henrique, Danilo Farias, Leonardo Fragoso and Pedro Henrique, who come to add to the cast.

In the coaching staff, the Pernambuco team announced American Alex Kirby, who would be the assistant coach. Lucas Carneiro, once the team’s head coach, will take over as scouting coordinator.