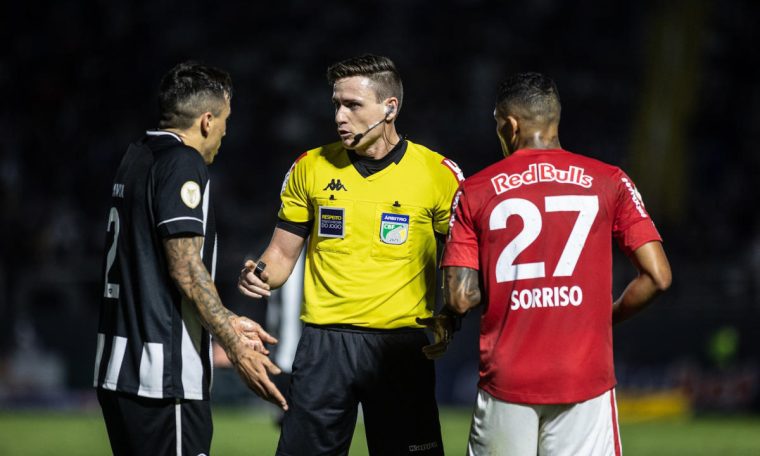 In the match against Botafogo, following harsh complaints to the CBF from Bragantino about the cancellation of Artur’s goal due to offside, Hawk-Eye, the company operating the VAR, admitted that there was an error in the calibration of the line. The So Paulo club set up to determine the striker’s position, but said the decision to cancel the goal was the right one.

Right after the match, Massa Bruta’s commander, coach Mauricio Barberi, made a point of criticizing the video analysis system: “We had goals denied and I would also ask you to look at the image that drew the line. And the color of the lawn in the notice. To me the line is drawn wrong, the wrong way. And it’s pretty obvious, but I can’t say whether it will (interrupt) or not.

Audio was also released by the CBF, indicating that the referee was skeptical of the team in determining the point of contact between Soriso and the ball and, then, defining who was the last defender to be used as a reference. Will happen .

Read the letter in full:

,During the BRAGANTINO vs BOTAFOGO match on July 4th, we had an incident that affected the correct use of virtual offside line technology during the VAR review.

The problem was caused by the position of the broadcast camera used for this specific offside decision, meaning that adequate calibration could not be achieved at this time.

Unfortunately, correct operating procedures were not followed to minimize the impact of this issue, and we will ensure that they are reviewed and rectified to avoid such situations in the future.

We would like to emphasize that the virtual offside technique was fully functional on either side of this incident and we can retrospectively confirm that the correct decision was made by VAR at the time and the target was correctly rejected .

We apologize to CBF, both teams and fans, for this problem and would like to reiterate our commitment to continuous innovation and improvement to make the sport better and more enjoyable for everyone involved in this beautiful sport.,