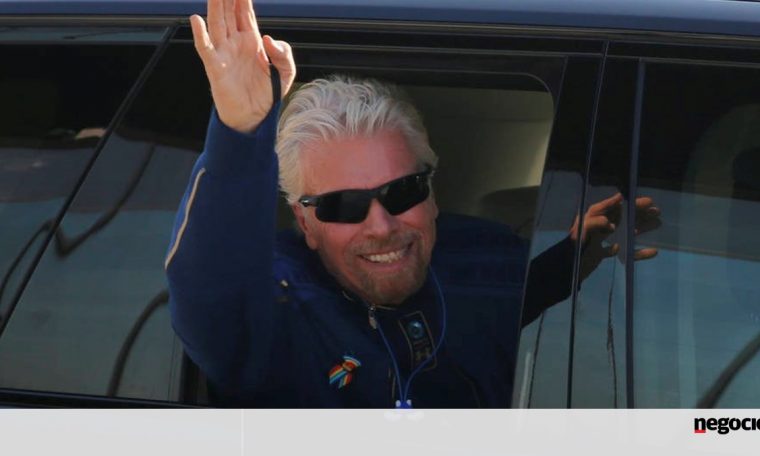 After a one-and-a-half hour delay due to weather conditions, the Virgin space plane took off at approximately 8:40 pm (3:40 pm in Lisbon), carrying five airline employees and its founder, British businessman and philanthropist Richard Branson.

VSS Unity is seated in a dual-fuselage aircraft and it detached from the mothership at an altitude of eight miles (13 km), fired its rocket engine and crossed the edge between the atmosphere and space at 55 miles (88 km). pierced. Guarantee a feeling of microgravity and a privileged view of the planet.

About four minutes above Earth’s surface, where the crew reached zero gravity, the space plane began its return journey and concluded a historic voyage at Spaceport America Base at approximately 9:40 p.m. (16:40 p.m. in Lisbon) .

The Virgin founder wasn’t supposed to make this flight until late summer, but he exchanged his mind as billionaire Jeff Bezos, the founder of tech giant Amazon, was about to launch Blue Origin’s first spaceflight on July 20, Which coincided with the 52nd anniversary of Neil Armstrong and Buzz. Aldrin’s arrival on the Moon.

The launch of the VSS Unity rocket was the company’s fourth manned mission beyond Earth’s atmosphere, but the first with passengers, intended to boost confidence in Virgin’s space tourism business, was scheduled to begin commercial travel in 2022.

The company has been authorized by the US air safety regulator to take people into space on a short, up-and-down journey instead of traditional flights, in which astronauts orbit Earth and float in space for days.