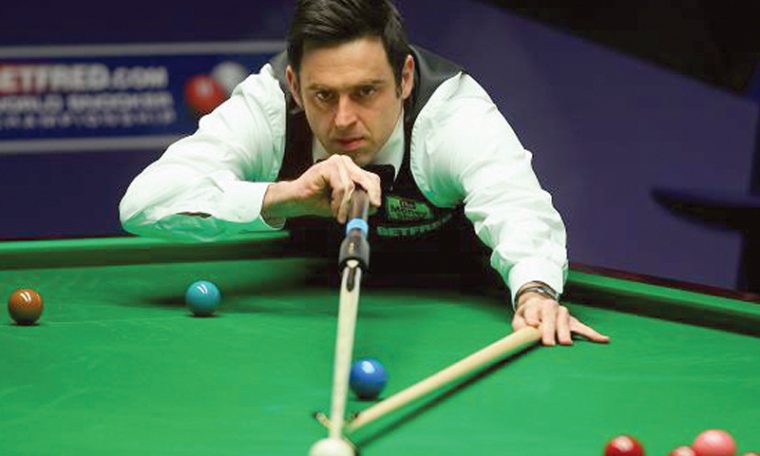 Ronnie O’Sullivan admitted he battled like ‘Russell Crowe’s Gladiator’ in his first-round victory at the 2022 World Snooker Championships.

The six-time world champion was made to work hard by former Crucible semi-finalist Dave Gilbert, but in the end his class told in a 10-5 victory. The Rocket is among the favourites in the snooker betting odds odds to win the tournament, and at the time of writing could be backed at a price of 9/4. It would be a poignant triumph if those odds prove correct – a seventh title would bring him level with Stephen Hendry as the most decorated world champion of the modern era.

If O’Sullivan can lift the trophy on May 2, it would also make him the oldest world champion in history – supplanting his former mentor, Ray Reardon, in that category.

To claim the spoils, the 46-year-old will have to do things the hard way. He’s in the same half of the draw as Snooker World Championship 2022 betting third-favourite Neil Robertson, the scintillating Australian has already won four titles this season. The likes of John Higgins and Stephen Maguire could also provide considerable opposition in O’Sullivan’s half of the brackets.

We Have Lift Off

If the Rocket’s first-round game against Gilbert is to be likened to a NASA space launch, there would certainly have been a few nervy moments in mission control as O’Sullivan struggled to take off.

Indeed, Gilbert fired his way into a 3-0 lead as his opponent failed to fire, and the Tamworth potter’s billing as a dangerous underdog – he was one frame from the World Championship final in 2019, after all – was certainly in evidence.

See also  Globo has been convicted of sexism with former presenter

But O’Sullivan wasn’t ready to abort his quest just yet, and the countdown to the six-time Crucible champion finding his best form soon hit zero. He won the next half-dozen frames in a row to wrestle control of the contest. And there was no let-up from the world number one as he fired three century breaks on his way to what was, in the end at least, a comfortable enough 10-5 victory.

Afterwards, it wasn’t Apollo 13 that was the first Hollywood movie on the Rocket’s mind. ‘I am out there playing, enjoying it and just trying to compete. It is like Gladiator; Russell Crowe has a hole in his arm and knows he is going to die, but you just have to find a way. That is what winners and gladiators do,’ he said in typically esoteric fashion.

Mark Allen ‘kicked out’ of Crucible on first day of tournament before his opening match https://t.co/mCqKea8hV9 pic.twitter.com/mPMYZ0euzQ

After his victory over former Masters champion Mark Allen, who had some Crucible drama of his own after reportedly being thrown out of the venue for filming the players’ walk ons, Sullivan is set to play Maguire in what is likely to be an exciting match.

For O’Sullivan, his 30th trip to the Crucible Theatre – tying with the legendary Steve Davis as the most prolific visitor – is certainly up and running. Can his out-of-this-world talent lead to yet another major title?