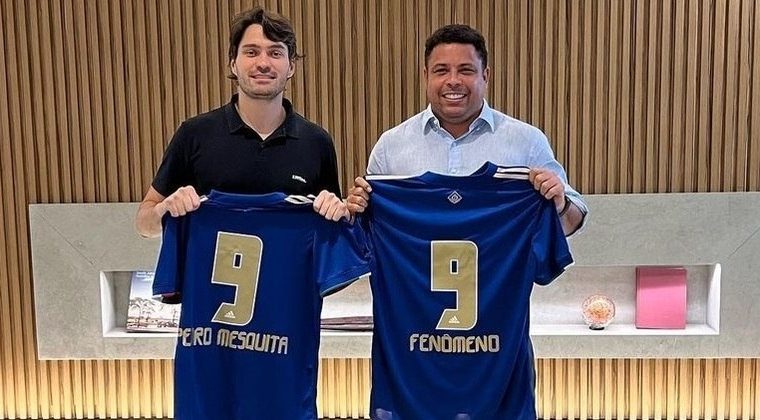 Former striker Ronaldo Fenemeno this Saturday (18th) announced the purchase of 90% of Cruzeiro’s shares with an investment of R$400 million. This is the first conversation in the history of the country since Bill No 5516 of 2019 was approved three months ago. Under the new law, Brazilian clubs can become companies dedicated to the practice of football, and thus can take advantage of their fundraising potential like most of the world’s largest football markets.

The announcement was made in a live broadcast with Cruzeiro’s president, Sergio Santos Rodrigues. Not long ago, the director of XP Investimentos, Pedro Mesquita, who conducted the operation, had already advanced the information.

Details of the talks were agreed on this Saturday morning in So Paulo, where Ronaldo, Rodrigues and Mesquita met. On Friday night (17), a meeting was held that approved a change in Cruzeiro’s status. As a result, the sale of 90% of the shares of Sociedade Anônima de Futebol (SAF) was allowed, two weeks before a registration was made by the board to formalize its club-company project.

Despite his recent identification with Corinthians, the club for which he ended his career, Ronaldo was revealed by Cruzeiro and has a strong bond with the club, which he left in 1994, when he was transferred to PSV from the Netherlands. was sold to. Wearing a Cruzeiro shirt, he scored 44 goals in 47 official games played.

For Pedro Mesquita, Partner at XP and Head of Investment Banking, a dedicated team specializing in sports was a fundamental factor in the success of the business in record time.

“In recent years, we have built up a company focused on providing the best solutions to our customers. Today, we are the only investment banking in Brazil dedicated entirely to sports, with highly qualified and specialized We are professionals. Our goal is to advise the biggest clubs of Brazil in building the best football championship in the world for years to come. After all, we are only five-time champions and we have the best players on the planet,” he says.

Ronaldo already has experience in managing football clubs. In 2018, he invested around 30 million euros to buy Valladolid, which had fallen to the second division of the Spanish league the previous season. Prior to this, Ronaldo had experience with the Fort Lauderdale Strikes in the United States.