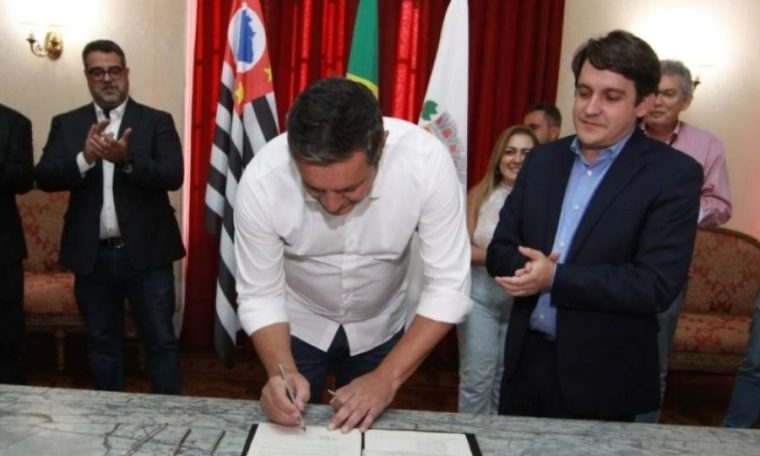 Bressel Cellulose, which will operate in the port of Santos, signed this Friday (25), a condition of responsibility for the implementation of mitigation and/or compensatory measures, with the City Hall of Santos. The company will invest $3.9 million to improve the city’s technical park in exchange for expanding port operations.

The company’s own terminal is located at Macuco Public Wharf, and is already under construction, with delivery scheduled for June 2023. The impact of these actions prompted the company to invest in the city. Equivalence was defined from the Neighborhood Impact Study (EIV).

Therefore, the commitment was signed this Friday afternoon at the Municipality Palace. Planned improvements include air conditioning, furniture, lighting, electrical installation, computer equipment, assembly of the dining room, among other equipment.

“We are going to extend the occupation to other floors of the building. The idea is to better serve the population with a higher number of incubation contracts, residency programs, startups or already integrated companies that come up with their own technology arm to integrate this environment. All this will bring more opportunities to the city”, says Rogerio Villani, CEO of the Fundaço Parque Tecnológico de Santos.

According to Mayor Rosario Santos, the reform will allow for job creation, strengthening the entrepreneurship chain, as well as ensuring that the city develops state-of-the-art technology.

“Environment, logistics and technology are important issues for the city and this policy of the tech park to be the hub, the venue for this innovation series, is very important to us. This partnership with Bressel allows another important step in this direction ” , he says.

The Technological Park is located in Rua Henrik Porchat, 47, Vila Nova. Those wishing to apply to join should send an e-mail to [email protected]

Bressel has been operating in Brazil since 2003, and has sales offices in Asia, Europe and the United States. The company is one of the global leaders in the production of exclusively dissolved cellulose, and bases its operations on sustainable eucalyptus cultivation and state-of-the-art factories.

With an installed capacity to produce 750,000 tonnes of pulp per year, its activities employ about seven thousand people in the two states where it operates.

The Santos terminal is scheduled to begin operating in 2023, but while work is underway, the company’s production is routed through the STS14A terminal, which was purchased at an auction held in August 2020. Till this month, the company celebrates the milestone of one million tonnes. Already shipped through the port of Santos.