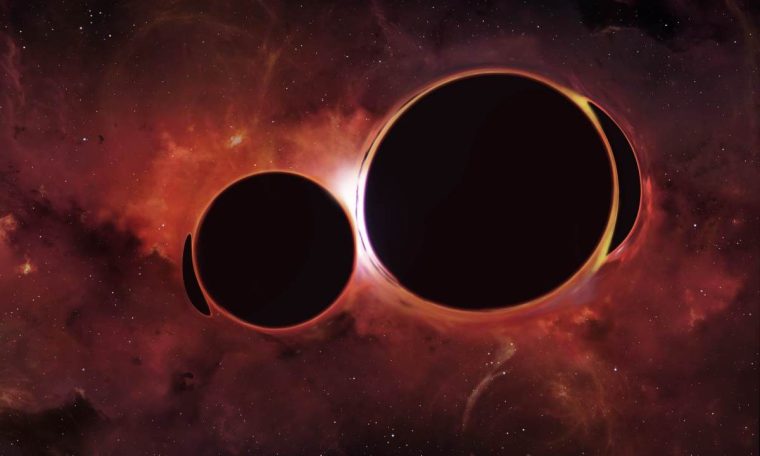 They were found by researcher Karina Vogel and her colleagues at the Université de Strasbourg, France. The scientists used a series of telescopes from the Very Large Telescope Observatory in Chile. The findings were published in the academic journal astronomy and astrophysics,

The black hole is in a galaxy called NGC 7727, which lies about 89 million light-years from Earth. The largest is in the center of the galaxy. The smallest, already about 1,600 light-years – it probably belonged to a smaller galaxy, which was swallowed up by the NGC 7727 billion years ago.

Researchers believe that, in 250 million years, the black holes will collide and merge, becoming a single massive black hole. Scientists have now been able to find them because the holes are five times closer to Earth than any other supermassive pair.

According to Vogel, scientists usually do not observe this stage of black hole fusion. “These astronomical processes take billions of years, so we can’t track them when they happen, but we do track it during the fusion process,” he says.

According to the research, black holes can be identified by the rapid movement of the stars around them – not by the most general way, by looking at the light that black holes emit when they suck up the matter around them. “In this case, the black holes are silent,” Vogel says. “That’s why they were ignored.”

Scientists believe that there may be many more “hidden” black holes outside the centers of galaxies. They estimate that the number of known supermassive black holes in the universe would increase by as much as 30% if we counted secondary black holes (off-center like this one).