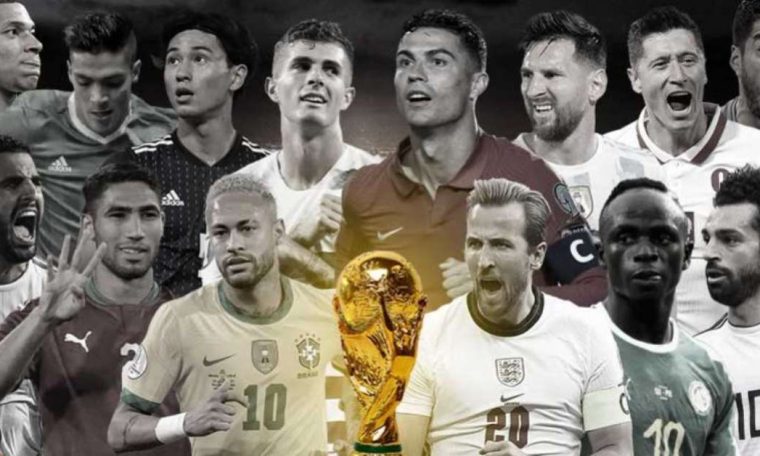 It is the time of the final FIFA date 2021, with playoffs around the world. For now, only three of the 32 countries that will compete for 2022 world cup are defined, but in the next few days this number may reach 12.

See below to see how the qualifiers go on each continent and what could happen in regions around the world until the 16th, when the selection games kick off this year.

On the old continent, there are only two teams already classified for the World Cup, namely Denmark and Germany. However, six other countries can stamp their passports in Qatar before the final round: Sweden, France, Belgium, the Netherlands, Russia and England. For this, however, everyone would need to combine the results in their groups. In total, there will be 13 Europeans in the world.

First place in each of the ten groups of European qualifiers guarantees a straight seat to the World Cup, while ten second places in each bracket will be added to the two best places in the League of Nations that have not guaranteed tickets to the Worlds. The 12 selections will be divided into three pots, where they will face each other to determine the other three graders.

On the African continent, ten groups will know their qualifiers for the final knockouts on this FIFA-date. First place in each bracket guarantees a place in the knockout stage, which will feature five clashes. The winner of each duel confirms the World Cup classification.

So far only Senegal and Morocco have confirmed their place in the next stage. Tunisia, Nigeria, Cte d’Ivoire, Mali, Egypt and South Africa can qualify before the final round.

On the Asian continent, the qualifiers are in the third stage, so far no country has been classified for the World Cup. The 12 teams are divided into two groups of six, taking turns facing each other ten times and returning. The host country, Qatar, is automatically classified for the tournament without dispute over qualifiers.

The first two of each bracket go straight to Worlds. The third team from each group faces off in local repechage, with the winner going on to intercontinental repechage, which will be played against countries in South America, Central and North America, and Oceania.

Iran and South Korea are leading in Group A with ten and eight points, respectively, while Lebanon is third with five points. In Group B, Saudi Arabia leads the group with 12 points and Australia, who are from Oceania but are playing in the Asian Qualifiers, with nine points, are second. Oman is in third place with six points.

South America is close to knowing the first country to cement its place in the 2022 World Cup. Brazil need a simple win against Colombia in Sao Paulo on Thursday to ensure themselves a World Cup 22nd time in history. Brazil is the only country to have participated in all editions of the tournament.

The leader with 31 points, Tite’s team has ten wins and one draw in the 11 matches they have played so far. In second place is Argentina, with 25 points. Ecuador completed the G4 with 17 points and Colombia with 16 points. Uruguay are fifth and today, they will dispute the intercontinental play-offs.

The Concacaf qualifiers are still far from being defined. Eight teams are currently vying for the vacancy, all of whom take turns facing each other and making a comeback. So far, only six of the 14 rounds have been played, and the competition is expected to end in March 2022.

The first three guaranteed straight places in Qatar, with the fourth going to the Intercontinental Play-offs. Currently, Mexico leads the qualifiers with 14 points, followed by the United States with 11 points and Canada with 10 points. Panama is fourth with eight points.

The qualifiers have not yet started in Oceania. Due to the spread of COVID-19, the Oceania Football Confederation (OFC) is yet to start the tournament, which was supposed to start in September 2020.

The solution found by the OFC was to change the format of the dispute and ask FIFA to allow qualifiers to be played in Qatar starting in March 2022.

Please note that OFC seats are not guaranteed in the World Cup. The winners of the Oceania Qualifiers compete in the Intercontinental Play-off.

*Interns under the supervision of Cayo Pereira.