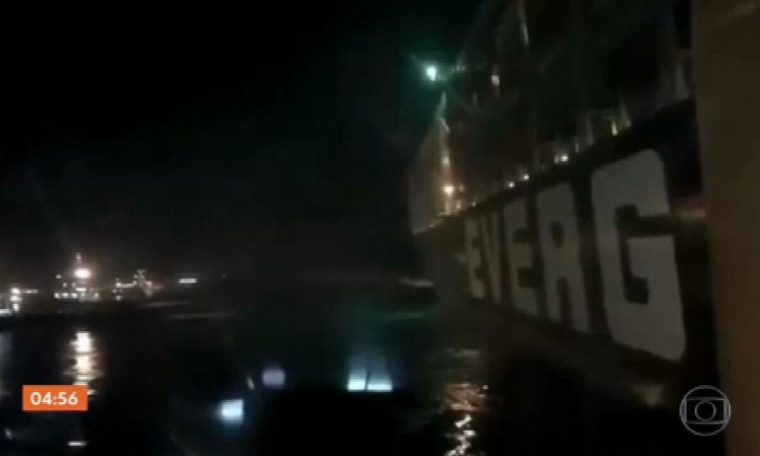 Inchcape shipping services said the freezer, which was halting the Suez Canal in Egypt about a week ago, floated back on Monday. It is expected that the shortest route between Asia and Europe will be reopened soon.

The 400-meter-long Ever Given was again replenished at 4:30 pm local time (11:30 pm GMT), according to InChap, a global provider of marine services on Twitter.

The video posted on social media appears to have changed the ship, making space in the channel. Other images, which could not be examined by Reuters, included cheers and ship horns at the celebration.

The VesselFinder ship tracking service changed the status of the ship running on its website.

The ship Ever Given operated by the company Evergreen, on Tuesday (23) blocked the passage of all other ships, around the channel. The Suez Canal connects the Mediterranean Sea to the Red Sea and is one of the most used ship routes in the world.

VIDEO: Timelaps show attempt to land a ship in the Suez Canal

Oil prices fell after news that the ship would fluctuate again, and shares of the ship’s rental company, Evergreen Marine, rose 3.3%.

See also  Eire: Schools established to totally reopen prior to end of August

Some shippers decided to redirect their cargo around Cabo da Bua Orcanca, adding about two weeks to travel and fuel costs.