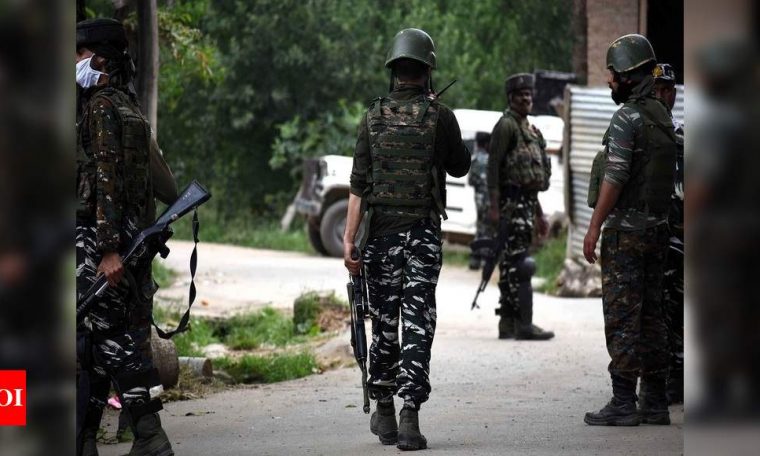 Srinagar: An investigation into the order two months ago has found the “main face” of the Armed Forces (Jammu and Kashmir). Privileges ActA military statement on Friday said that the 1990 counter-terrorism operation in Shopian’s Amshipora on July 17 this year compared the 1990s in which three “unidentified terrorists” were killed.
The families of the three victims – Imtiaz Ahmed, Abrar Ahmed and Mohammad Ibrar – had claimed that their wards were not militant, they were laborers and were killed when they went to work.
“The investigation has revealed that the actions and deeds of the Army Chief of Staff have been violated as per the approval of the Supreme Court. As a result, the competent disciplinary authority has directed that disciplinary action be taken under the Army Act to hold them accountable on a priority basis. ” Defense spokesman Said.
“The evidence gathered by the interrogation indicated from the prima side that the three Unknown terrorist Those killed in Operation Amshipora were Imtiaz Ahmed, Abrar Ahmed and Mohammad Ibrar, who were thanked. Rajouri. Awaiting their DNA report. Police are investigating their involvement in terrorism or related activities.
Army sources said that the army has so far deployed 62 RRs. The officers responsible for the operation of the units have not been identified, but Army sources said, “But we are preparing to initiate disciplinary action under Army Act against the employees directly involved in this act.”
An Army spokesperson had said that on July 18, three unidentified “terrorists” were killed in a joint operation by the Army’s 62 National Rifles, CRPF and Jammu and Kashmir Police in Amshipora village. A day after the encounter, police said the slain militants were being identified and their bodies were “sent to Baramulla for burial according to medical-legal rituals”.
Although the army statement said it had killed three foreign militants on July 18, the police, civil administration and army announced an investigation three weeks later when the families of the victims raised their voices.
The spokesperson said that the Indian Army was committed to the ethical conduct of the operation. Further updates on the case will be provided from time to time without affecting the prescribed process of law.
According to Lal Hussain, a relative of one of the slain youths, the three missing youths last asked their family on July 17 to inform them that they had reached Shopian and rented a room.
See also  Coronavirus: Morning update as 2m distancing rule to be reviewed