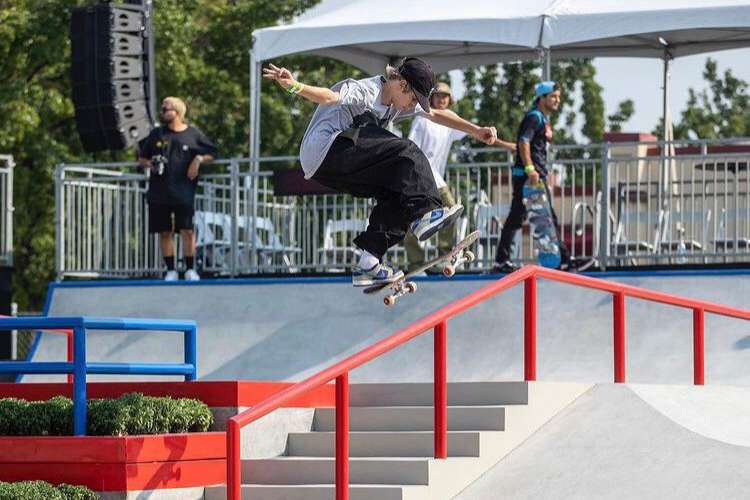 Kelvin Hoefler, silver medalist in Skate Street at the Tokyo Olympic Games, advanced to the final of the World Skate Street League (SLS) in Salt Lake City, United States this Friday (27/08) with a fourth-place finish. Two more Brazilians, Felipe Gustavo and Filip Mota, also qualified for the decision starting at 8 p.m. this Saturday (28), in fifth and eighth places respectively.

Hoefler began the presentation with two takedowns, but managed to recover and score 24.5 in the sum of the top three scores, 7.4, 8.5 and 8.6. The athlete was behind only American Nyja Huston, with a total of 25 points, followed by Alex Midler, also from the United States, with 24.8, and Portuguese Gustavo Ribeiro, who reached 24.5. Sixth and seventh places were also held by American skateboarders: Jamie Foy, with a score of 22.5, and Chris Joslin, with a score of 22.1.

Felipe Mota is just 14 years old and finished fifth with a score of 21.5. Felipe Gustavo, the first skateboarder to enter the track in Olympic Games history, finished eighth with 23.2 points. Brazil also had Lucas Rabelo, Carlos Ribeiro and Luan Oliveira as representatives, who were eliminated.

In the preliminary, the contestants, 28 in total, were divided into five heats. Each skater had to complete a 45-second lap and perform four more moves. Out of these five attempts, the best three scores were added to the result evaluated in the classification.

This Friday, Brazilians Resa Leal and Pamela Rosa, both at the Olympic Games in Tokyo, also qualified for the women’s final of the World Skate Street Inga. The verdict will be on this Saturday (08/28) at 5:30 pm.

*Internship under the supervision of Vicente Ribeiro