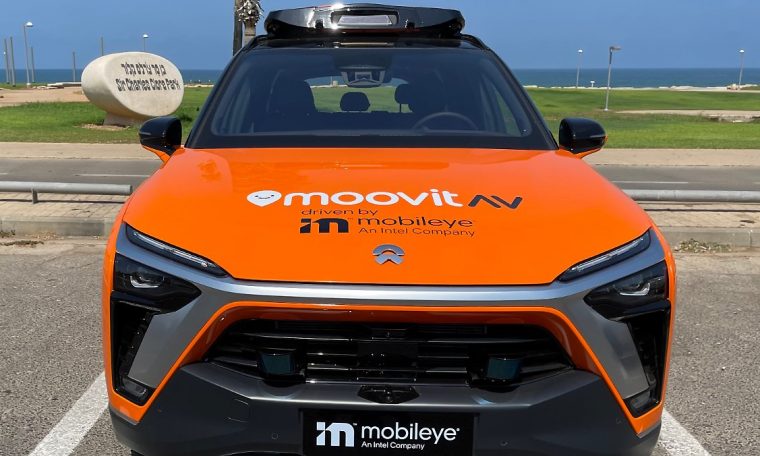 Solution to the traffic problem?

Robotaxis are starting in Germany

Autonomous driving services should be flexible, efficient and affordable. Robotaxis should prove the same in Germany from the coming year. Can this solve the traffic problem? There are many doubts.

Robotaxi is coming to Germany. Initially, however, regionally limited and on a smaller scale. But this offer is to be rolled out on a wider basis soon. Operators are expecting lucrative new business models, and customers are expecting cheap and flexible transportation. However, the services are likely to provide solutions to traffic problems only to a limited extent.

Until now, automated taxis have been used mainly in Asia and the United States, albeit mostly as part of everyday trials and research programs. However, some services are already commercially oriented and at least regionally accessible to a universal group of passengers. Germany has so far lagged behind, but now wants to catch up.

In the coming year, mobility service provider Sixt will partner with Israeli sensor technology company Mobileye to launch a self-driving robotic taxi service. Initially, a test fleet is planned in the greater Munich area, to be put into regular operation a little later. The original vehicles come from Chinese manufacturer Nio, with Mobileye contributing cameras, radar and lidar. The vehicles are fully automated (Level 4), but a human driver is initially on board for emergencies. Travels are booked through smartphones, inter alia, through the app of Six mobility platform “One”.

In Germany, the Munich ride-hailing robot taxi would be the first of its kind if the launch went according to plan. However, the competition is already building: in Hamburg, at the other end of the republic. VW, unlike the Sixt, wants to launch a commercial service there from 2025, however, not with so-called ride-hailing, but with ride-pooling. If the Munich approach is based on the classic taxi business, a kind of shared call taxi service is to be established in the Hanseatic city.

VW has already acquired many years of experience in this business field with MOIA Driver Service. Accordingly Mobility Assistant is also on board for the new robotic driving service and operates electric minibuses for the group. Last but not least, North Germans can get points with their vehicle: an automated version of the Upcoming ID. Buzz Electric Bus. The Retro Stormer alternative is in the tradition of early Bullies and should generate similar sympathy.

Technology company Argo AI, which develops hardware and software for autonomous driving, is involved as a partner. Roads in the initial test area in the Hamburg districts of Winterhood, Uhlenhorst and Hohenfeld are to be measured by the end of this year. Among other things, it is about the location and distance of traffic lights, cycle paths and road signs. Tests are then planned for autonomous driving on public roads in the Hanseatic city, but initially with a safety driver as the sixt. Public operations would then begin in the middle of the decade.

The main attraction of driverless driving for providers is the reduction in human personnel. This not only eliminates the cost of wages, but also breaks the limits of time and labor law. So the vehicles could, in theory, be in continuous operation on the go.

The extent to which the customer will benefit is still open. Most providers offer moderate prices that are lower than traditional taxis. How costs will evolve over the long term is difficult to predict.

impact on traffic in cities

It is also uncertain what impact automation will have on traffic in cities. The promise is that comfortable and affordable robomobiles will replace at least part of the private car fleet. And it might actually work: In 2019, traffic planners at PTV Group developed a traffic model for the Oslo and Akershus regions to shed more light on the potential impacts of autonomous driving. In some of the scenarios examined, automation can reduce the number of cars on the road by 84 to 93 percent.

Particularly if all road users shared autonomous vehicles and used car pools, seven percent of today’s vehicles would be enough to cover all trips during congestion. Also, according to other studies, there could be a rebound effect if new mobility services are so attractive that they encourage pedestrians and cyclists to switch to robotic vehicles.

The road to an ideal situation would undoubtedly be rocky. For example, autonomous cars should not initially improve the flow of traffic, but rather disrupt it. Using Cologne’s example, PTV’s Jochen Lohmiller has calculated that the average lost time of all drivers with a Robomobile will increase significantly. Likewise the length of the queue and the number of stops required.

In turn, the average speed will drop: from 11 percent, from 50 percent to even 13 percent, with a robo-car share of 20 percent of the total fleet. Most important reason: Autonomous vehicles are programmed in such a way that they follow traffic rules especially carefully, maintain great distances, and do not drive at traffic lights or on road signs in dark green . Human drivers interpret the rules more flexibly, drive more risky, but ultimately more firmly.

probably trouble instead of relief

Mixing with less fussy human drivers can cause problems rather than relief. “This, as well as the use of untrained and possibly incorrect technology, can result in new sources of danger and loss of safety in traffic,” warns the Agora Verkehrsvende think tank.

Researchers also see problems with consequences for the environment. On the one hand, autonomous vehicles can achieve 10 to 20 percent energy savings through more efficient driving than conventional cars, on the other hand, due to the increase in speed in traffic and the handling and weight of the additional technology required in the vehicle, an energy An increase in demand can be anticipated.